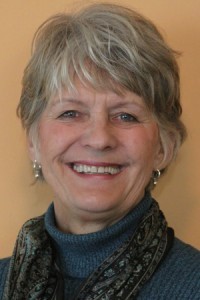 A ministry founded and led by a long-time member of the Grace Brethren Church in Long Beach, Calif. (Lou Huesmann, pastor), will be featured this weekend on ABC’s Secret Millionaire, a reality program that matches donors with deserving charities.  New Hope Grief Support Community will be part of the television show that airs Sunday, July 8, on local ABC stations. (Check your local listing for time.)

Secret Millionaire is a one-hour reality series that follows some of American’s most successful business people as they leave their families behind and give up the comfort of their home and lifestyle. Residing in local housing and subsisting on welfare wages, these “Secret Millionaires” keep their true identities hidden while they search for people and organizations that are dedicated to making life better for those in need.

In October, 2011, Hilary DeCesare, CEO/co-founder of Everloop.com, the leading safe social media site for kids, left her family behind to reside and find local charities in Long Beach that were making a difference. Hilary was sent undercover as a volunteer and approached New Hope Grief Support Community; she told them she was filming a documentary about volunteerism in America. New Hope agreed to be filmed having no idea Hilary was really a wealthy entrepreneur.

Susan K. Beeney, R.N., New Hope’s founder invited Hilary to help them with a special memorial garden for the Alonso family who lost their son in a tragic accident. Hilary was deeply moved as she experienced New Hope’s mission first hand. Throughout this incredible experience, Hilary comes face to face with some extraordinary people who put their own needs aside for others. At the end of her journey, she reveals her true identity and donates her own money to New Hope.

“I remember two years I was cutting onions in the kitchen watching an episode of the Secret Millionaire. I thought what a great concept, finally a reality show with some real substance. I asked myself, how do you get on that show? Even after being selected I am still in total in shock! I had no idea that Hillary was a Secret Millionaire—I am truly amazed and humbled by her big heart and generosity.” said Susan.

Based in Long Beach, Calif., New Hope Grief Support Community has been a local leader for over 12 years providing grief support groups, educational resources, seminars, and family grief camps at no cost. New Hope’s mission is to help grieving people find hope and healing as they travel on their own personal journey of grief. They provide grievers with a safe, supportive, caring environment to share without judgment. They believe supportive grief groups, can help people on their journey of grief to discover they are not alone, and gain the tools and support they need to carry on. New Hope provides services for children, teens, young adults, and adults—they have served over 7,000 people.

New Hope will be hosting a premiere party from 7 p.m.-9 p.m. at Gaslamp Restaurant located at 6251 East Pacific Coast Highway Long Beach, CA 90803. The event is open to the public and will be family friendly, bring the kids, invite your friends and neighbors. You will have the opportunity to meet the Secret Millionaire, and the New Hope staff featured in the episode.