Grace Whalen, a Grace College graduate who resides in Warsaw, Ind., recently embarked on an entrepreneurial adventure. Whalen graduated from Grace with degrees in psychology and sociology. She quickly discovered, however, that her creativity and ability to organize were designed for a  different career: event planning. The following is an article from InkFreeNews. 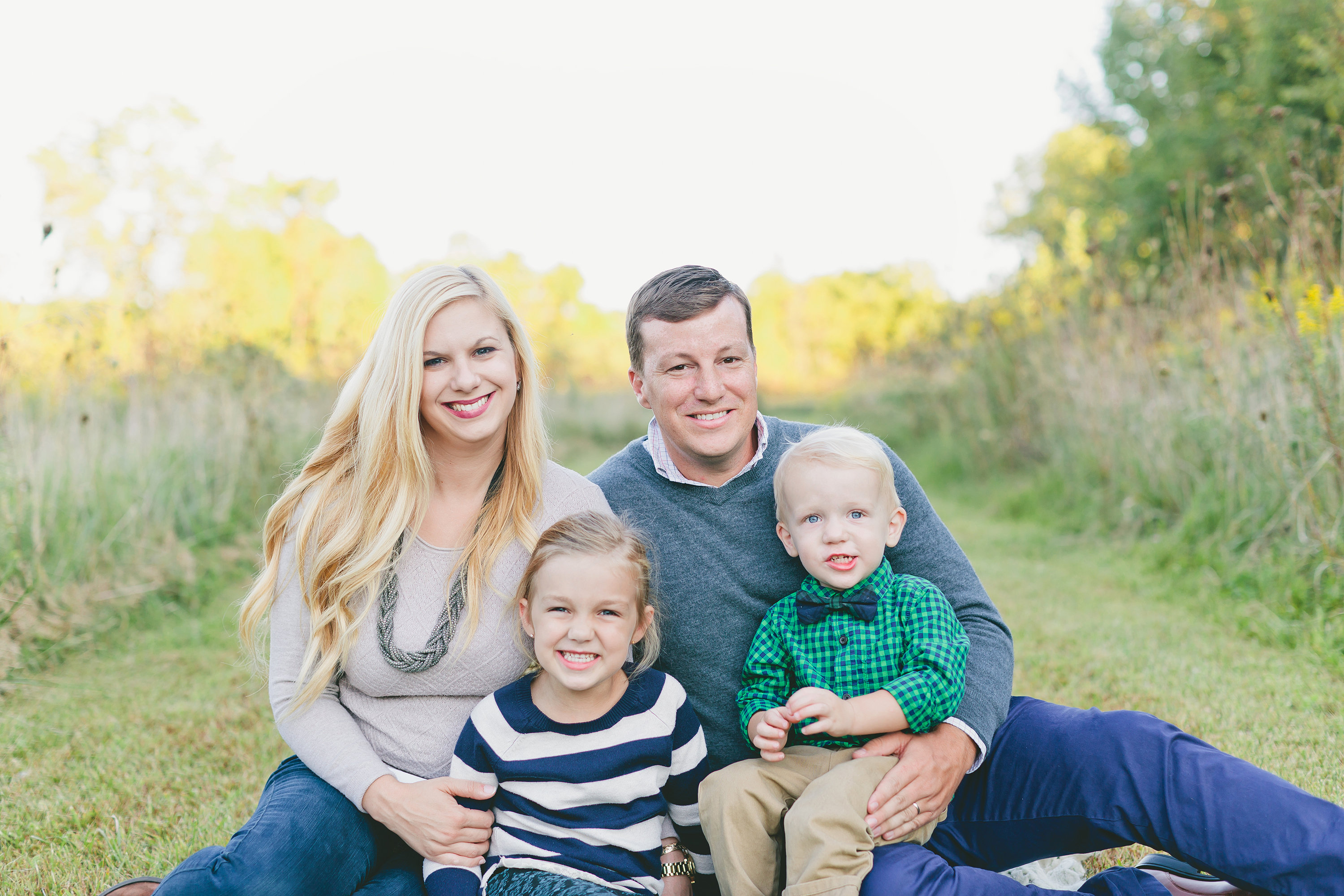 Although Grace Whalen can be found working 60 to 80 hour weeks, especially during the height of wedding season, she always keeps her family at the forefront of her mind. She remains thankful for her husband and both of their children who are supportive of her following her dreams. Pictured, from left, are Grace Whalen, Brooklyn Whalen, 6, Lucas Whalen and Grant Whalen, 2.

Finding Her Niche: Whalen Perseveres To Get To Dream Career

Growing up in Marlette, Mich., Whalen got a scholarship to play basketball at Grace College. With the help of their mutual friends she met her husband, Lucas, and they decided to stay in the area. After they were both out of college, Whalen graduating with a degree in psychology and sociology, they got married and bought a house. After reading an article by an event planner who suggested a creative and organized mind is the best recipe for an event planner, Whalen began working toward her career.

There was no place in the area where she could simply get a job so she made the choice to begin volunteering her time working with the housing authority, chamber of commerce, Combined Community Services and Tri Kappa on their events. According to Whalen, “I wanted to earn my stripes and prove myself.” Working with Dana Huffer and other area businesses helped get her business name become well respected within the community.

Whalen Creative Group is currently in its ninth year of business. One of the first things she had to do was figure out how to get clients. The best way was through referrals and she discovered vendors are her greatest ally in referring clients to her. Originally Whalen wanted to be an all around event planner but she learned quickly, after only a couple years, weddings were her niche.

She considers each wedding a learning experience and she has worked with putting packages together for clients and meeting with them monthly so they are able to build a relationship and gain trust. While previously Whalen had limited herself to 12 weddings a year, she is now limiting herself to only five. She wants to take the time to refresh, spend time with her family and get creative again. That way she is able to “come up with new innovations and fresh ideas.”