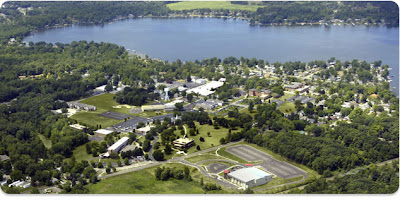 In addition, Grace is transferring three employees to other positions, increasing student employment opportunities and offering 21 members of the physical plant the opportunity to secure on-campus jobs through Aramark, the facilities manager since 1997.

According to a press release from the Winona Lake-based college, “Securing the future for students by refocusing the financial and support services is the central focus of Grace College and Theological Seminary administrators. While enrollment numbers for fall 2009 look promising, even on par with last year’s record enrollment, the institution is intentionally preparing for the stress that may face current and prospective student families and donors during the current destabilized economic climate.”

To continue implementing Grace’s strategic plan and being aware of the economic climate, Grace is making changes to its personnel. The press release states the “net reduction in staff, which takes effect between now and the end of the academic year in May, represents a 2 percent reduction of personnel. Of the eliminated positions, four are faculty members, seven are from physical plant and the remaining are from various offices.”

Grace’s 2006-2010 strategic plan provides for eight objectives. According to the press release, “These include creative leadership and management, graduating a growing number of students, providing a student-oriented college experience, strengthening financial stability to sustain the quality of the educational enterprise, and continual review and adjustment of organizational structures, facilities, funding and operational effectiveness.”

Each person affected by the staff reduction will qualify for a severance financial benefit. In addition, as a result of the recent stimulus package approved by the federal government, 65 percent of any COBRA insurance coverage will be paid by the government for up to nine months. Grace also will provide outplacement and counseling services for the employees and their families and the tuition remission benefit for employees and spouses who are currently in a degree program, as well as dependent children, will continue through the spring 2018 term.

“There is no question that making the decision to terminate positions was very difficult for the administration because we care about each person and how their work impacts our students,” said Dr. Ronald E. Manahan, president. “But in light of the economic climate, I believe these decisions are necessary and they will help position Grace to be an even stronger institution.”

The press release states these decisions were also part of the strategy by Manahan and the administration to increase the number of work study positions available to students, some as early as April 1. Grace annually budgets approximately $500,000 for student wages. That will increase close to $700,000, allowing more opportunities for students to earn money during their education and strengthening their resume.

With the influx of student workers, the net employee reduction will be 4-1/2 positions. In addition to the elimination of the faculty and staff positions, all of the senior administrative team voluntarily took a cut in salary of up to 5 percent.