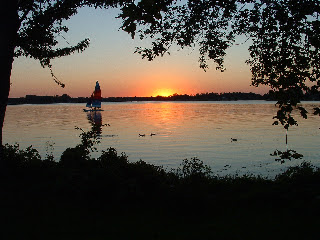 WINONA LAKE – The results of a three-month lake water study in Kosciusko County found that 30 of the county’s lakes are healthy.

That means those lakes are safe to swim in and fish caught from them are safe to eat, John Boal, chief advancement officer for Grace College said

“The results have been very good,” Boal said.

The 30 lakes were selected from among the county’s more than 100 lakes and a river based on their size, significance and locations in the county, Boal said. The Tippecanoe River was not included in the testing.

Each of the 30 lakes was tested in five different locations, such as near the shore, over deep water and near an inlet, three different times during the months of June, July and August.

Eight different tests were conducted on the water samples, including tests to detect E. coli, dissolved oxygen and chlorophyll content, and water temperature.