Grace College student Eddie Gill IV wants to share his love of the outdoors with others. Next summer, he and two childhood friends plan to boat from Indiana to the Gulf of Mexico. He shared his dream recently with a reporter from WTHR, Channel 13, the NBC affiliate in Indianapolis, Ind. A portion of the story appears below. Click here to read the complete article. A link the story, as it was broadcast, also appears below.

‘Journey for a Cause’: Carmel native raising awareness for lack of diversity in outdoor sports 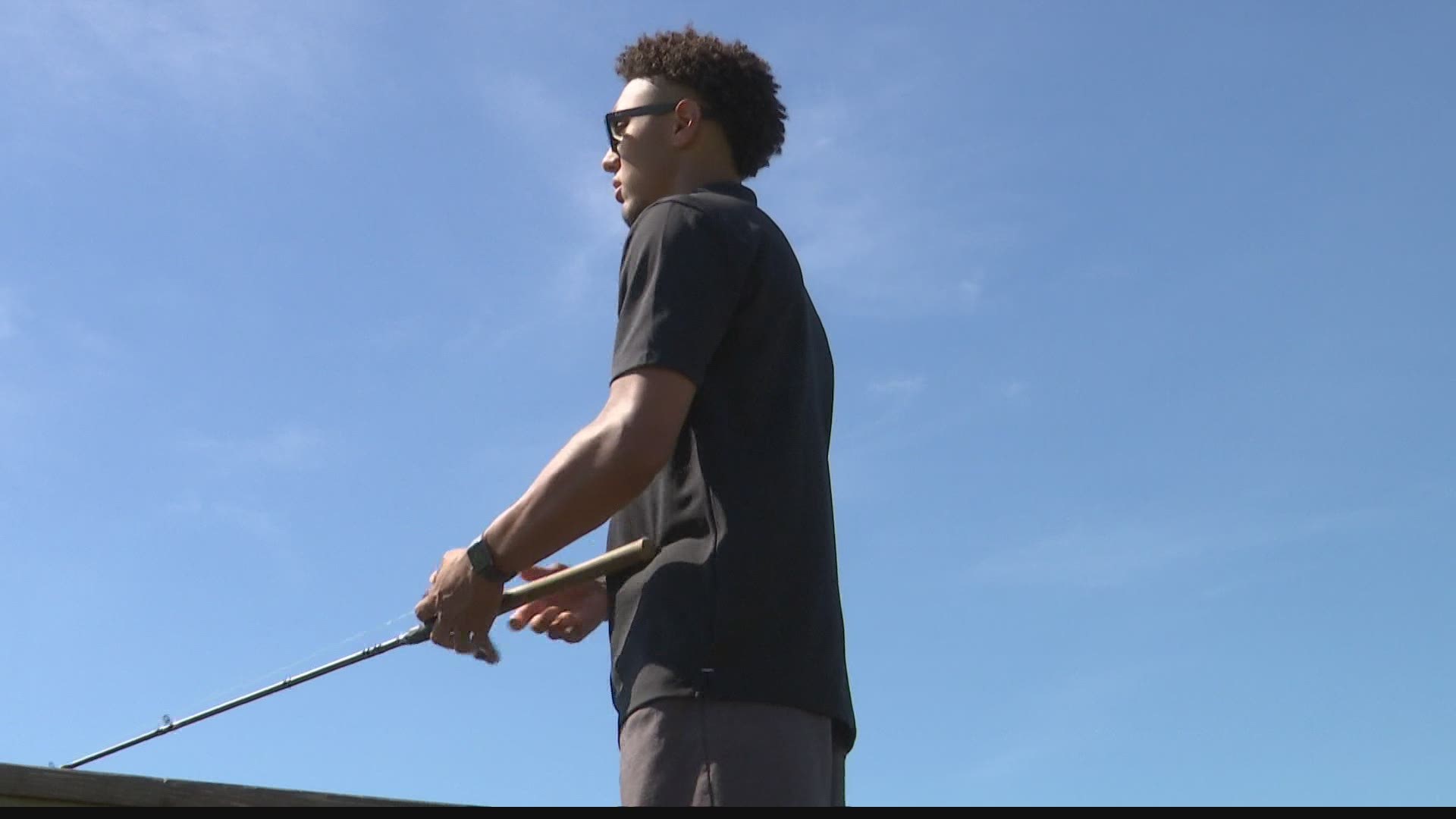 When Eddie Gill IV isn’t studying or playing basketball at Grace College, you can find him by the water with a pole in his hands. Gill IV is a lifelong fisherman, adventurer and outdoor enthusiast.

“I love just being out in nature, being around animals,” Gill said. “I also think coming out fishing is peaceful. It gets your mind off things.”
The son of former Indiana Pacer Eddie Gill, Gill IV inherited his love for the game from dad. But his passion for fishing and the outdoors comes from his grandpa.

“My grandparents are from Utah and when I was little I was there all the time and my grandfather would take me fishing. That’s how everything got started,” he said.

But as Gill IV got older and continued to cast lines, he realized there weren’t many African American people involved in fishing and boating.

“When people ask me what I like to do and I say, ‘I like to fish or like to be outside or something,’ I get weird looks and ‘Oh, that’s not very Black of you!'” Gill IV said.

Gill IV recalled a moment when his seventh-grade teacher made a comment as well.

“He kind of looked at me and was like, ‘That’s really weird, you’re a hybrid! That doesn’t really happen!'” he said.

Now, Gill IV is on a mission to break that stigma. That’s how he came up with the idea for “Journey for a Cause.” In the summer of 2021, Gill IV and his two childhood friends plan to boat from Indiana to the Gulf of Mexico. The goal is to bring awareness to the lack of diversity in outdoor sports. He said the journey is about 700 miles long. They’ll start in the Ohio River, using a network of rivers through Alabama and into the Gulf of Mexico. The plan is to be on a boat the entire time.