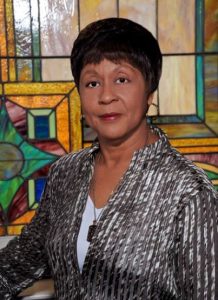 Grace College’s Department of History and Political Science presents “Coming of Age in ‘Bombingham’: An Evening with Carolyn Maull McKinstry.”

Carolyn Maull McKinstry, a survivor of the Civil Rights struggle and the Sixteenth Street Baptist Church bombing, will present a program entitled “Coming of Age in ‘Bombingham'”at 7 p.m. on Monday, February 17, at Grace College’s Westminster Hall, 105 9th St., Winona Lake, Ind. It is open to the public.

“We are so thankful to have Carolyn join us. Voices like hers are invaluable when it comes to Civil Rights education. She brings rich context and meaning to the Civil Rights Movement because she lived it,” said Jared Burkholder, chair of the history and political science department at Grace College. “It’s not just content in a textbook; it is her life and her experience.”

McKinstry lived during the Civil Rights struggle. She was an eyewitness to the Sixteenth Street Baptist Church bombing, which killed several of her childhood friends. McKinstry also marched under Martin Luther King, Jr. as a teenager and battled for equal rights in Birmingham, Ala., her hometown. In this battle, she faced Bull Connor’s brutal German shepherds and fire hoses, bravely contributing to this important part of American history.

In addition to the Department of History and Political Science, “‘Coming of Age in ‘Bombingham’” is made possible by the School of Arts and Sciences, Council for Diversity, Equity and Inclusion, Black Student Association, and Student Affairs.