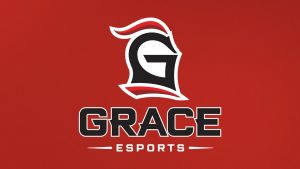 Grace College, Winona Lake, Ind., is expanding its athletic programs to include esports. The program will be led in its inaugural season by head coach Andrew Palladino.

The Lancers are the third Crossroads League school to announce an esports team and join a number of schools in the area fielding a competitive esports squad.

Grace is already recruiting potential students to participate this fall in the school’s first scholarship team.

The addition of esports is one of many new athletic offerings that have come recently at Grace. The Lancers have already established club sports such as women’s rugby, ultimate frisbee and shooting sports with plans to add bass fishing and others in the immediate future.

“We are excited for the addition of esports at Grace College. I appreciate the support of Dr. Katip and the senior administration to continue building excellence through athletics. This program allows us to stay on the cutting edge of collegiate athletic opportunities for our students,” said Grace Director of Athletics Chad Briscoe. “We are confident that esports will give our student-athletes a new platform to live out the Christian mission of our institution, and we look forward to Coach Palladino leading the program with his extensive background in gaming.”

Grace will seek to join a national affiliation and pursue membership in the National Association of College Esports (NACE). NACE is the premier varsity esports association in the United States with more than 170 member schools and 5,000 student-athletes.

“I would like to thank President Katip and Chad Briscoe for the opportunity to lead the esports program at Grace,” Palladino said. “Esports has exploded in popularity over the past several years, and I am honored to lay the foundation for a competitive program that shows Christ through our attitudes and gameplay. This will include structured practices and tournaments for games that focus on teamwork and strategy. I look forward to developing relationships with our players, the community and competing schools as we begin this program.”

The Lancers have already secured a gaming arena. Grace will practice and compete at the state-of-the-art Super Geeks & Gaming in Warsaw, which opened in 2018.

“Super Geeks & Gaming is very excited that the Grace College esports team has chosen us as their home for practice and competitions. We look forward to watching these young gamers grow as a team in the exciting world of esports,” said Rich Syndram, owner of Super Geeks & Gaming.

“We look forward to a great partnership with Super Geeks & Gaming to house our esports program. They are the leader in the gaming industry in our area and have one of the premier esports facility in northern Indiana,” Briscoe added.

As a faith-based institution, Grace student-athletes will focus on competitive gaming experiences that do not feature first-person shooting. Grace will initially compete in League of Legends with an eye to add more games in the near future.