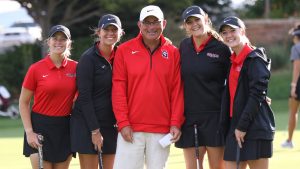 The Lady Lancers are in the “receiving votes” section, marking the first appearance in the national poll in team history.

Grace is receiving 52 points from the national voters in the poll, 29th-most in the nation. The Lady Lancers have already competed favorably with teams in the national poll this year, tying in a tournament with No. 13 Northwestern Ohio and beating No. 15 St. Francis.

Grace will travel this weekend to Florida. The Lady Lancers will compete in the 2019 NCCAA National Championships at Hammock Beach Resort, teeing off the first round on Monday.

To see the complete NAIA poll, click here. – from gclancers.com