Grace College athletic director, Chad Briscoe, is featured this week at the online news site, InkFreeNews. A portion of the story appears below. Click here for the complete article. 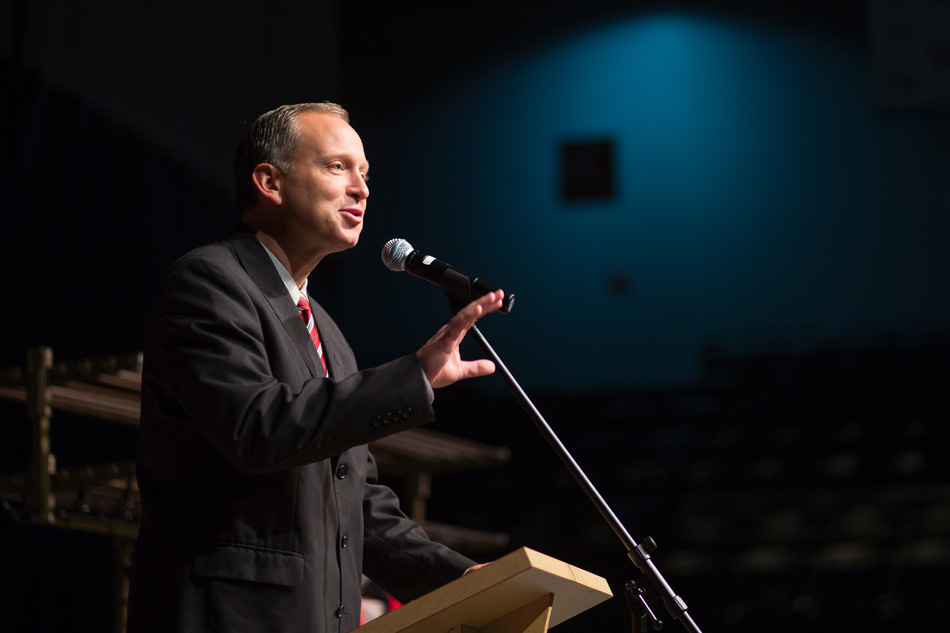 Grace College athletic director Chad Briscoe has established himself as one of the top athletic administrators in the country. (File photos by Jeff Nycz, Mid-South Images)

WINONA LAKE – “We have the best in the business right on our campus!”

That statement was made by Clint Johnson shortly after Grace College’s Chad Briscoe was announced as the 2016-17 Crossroads League Athletic Director of the Year. A tweet regarding the same announcement noted Briscoe could ‘likely be named that every year’ without a vote. Earlier in the year, Briscoe was given a national Meritorious Service Award and oversaw his sports information department earning one of the top website honors in the country.

Think one of the most humble and generous employees in college athletics has let the adulation set in?

“This just shows that you are doing things the right way, which has always been the most important thing for me as an athletic director,” Briscoe said, just moments after having a preseason conference with one of his fall sports coaches. “As a believer, it’s important to point to Jesus Christ and what he has done and is able to do for others. By them seeing how you are doing things, I want people to see how we are able to achieve a level of excellence through Christ. That matters to me the most.”

Briscoe won the Crossroads award for the second time, the first coming in 2010. He has served several positions within the league, including the league chair for ADs and instituted the “Champions of Character” initiative, which has become a banner mantra for the Lancer athletic programs. Among the numerous additions to the Grace athletic community is the continued partnership with the NCCAA National Men’s and Women’s Basketball Championships the campus hosts, a partnership that will run through 2020.

Part of the micro-scale accomplishments Briscoe has overseen includes an overall athletic GPA of 3.37, the completion of Miller Field’s track complex, to which Grace hosted its first-ever track meet last April, and 10 of its programs reaching respective national tournaments.