A story in the Logansport, Ind., Pharos-Tribune reports on a successful first year for a Grace College basketball player with local roots. Matt Jennings, of Logansport, was named to the Crossroad League’s All-Freshman team recently. A portion of the story appears below. Click here to read the complete article. 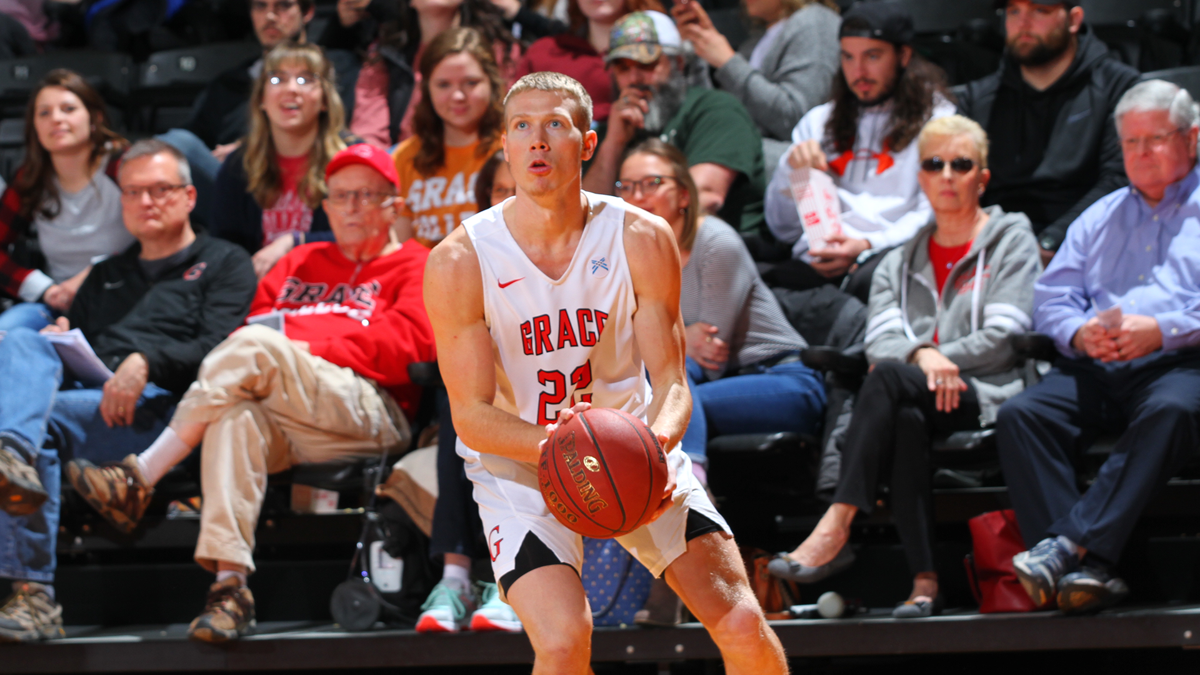 Matt Jennings averaged 14 points per game during his freshman season at Grace College.

When Indiana high school basketball fans learned that Logansport’s Matt Jennings and McCutcheon’s Haden Deaton would team together at Grace College, some thought they might just dominate NAIA competition.

As Lee Corso would say, not so fast my friend.

“It doesn’t work like that,” Jennings said. “A lot of people don’t realize how good small college basketball is in Indiana and even in the Midwest. That conference is really good, you’ve got tons of D-I transfers, tons of high level basketball players, high level talent in that conference. It’s definitely not something where you can just come in and start running the show immediately. But with where our program is headed, I think it’s in the right direction, and I think a lot of good things are coming in the future there.”

The Lancers went 12-18 and 5-13 in the Crossroads League, but they did finish strong.

They recorded a win at No. 22 Spring Arbor. They played No. 13 Bethel within two. They played Elite Eight finalist Marian within five. They went overtime with eventual national champion Indiana Wesleyan before eventually falling.