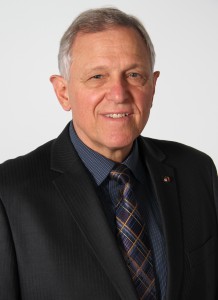 Kessler shared the league’s Coach of the Year honor with IWU’s Greg Tonagel. Kessler has led the Lancers to a No. 4 seed in the always-competitive league and into the NAIA Top-25 Coaches’ Poll for much of the season.

Irwin was a Second Team All-League selection as Grace’s leading scorer. The junior point guard had a team-best 13.4 points and 4.5 assists per game. He also led all players in the league with a plus-4.5 assist/turnover ratio in league contests, handing out 77 assists with just 17 turnovers in 18 CL games.

Vanderhegghen was Third Team All-League and also earned a spot on the league’s five-player All-Defensive Team for Grace. He produced 10.1 points/game and hit 33 percent on 3-pointers for the season. He also had a team-high 1.6 steals/game average.

Williams was honorable mention for All-League status. The senior center hit 60 percent of his shots from the floor, averaging 10.1 points and 6.2 rebounds per game for the season.

Grace will host fifth-seeded Mt. Vernon Nazarene on Wednesday 7 p.m. in the quarterfinals of the CL Tournament. The semifinals are Saturday afternoon with the championship to be played on March 3. The winner of the tournament receives an automatic bid to NAIA Nationals.