From the Warsaw (IN) Times-Union newspaper: 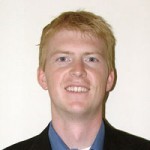 WINONA LAKE – Thanks to a $5 million grant from the National Science Foundation, Grace College and researchers at three other institutions, including the University of Michigan, will participate in a research study analyzing the potential effects of climate change on the Great Lakes’ water quality.

This grant competition received 119 grant proposals but rewarded funding to only three of them.

Dr. Nate Bosch, professor of environmental biology at Grace College and director of Kosciusko Lakes and Streams, a community water-quality program centered at Grace, was one of the researchers who helped develop the proposal.

Bosch said that as a grant recipient, Grace will receive $75,000 for the next five years in order to use watershed models and previously collected data to explore how climate change in the Great Lakes region may impact land use activities, nutrient export to rivers, sediment erosion and nutrient transport to lakes.

According to researchers at the University of Michigan, the Great Lakes hold 84 percent of North America’s surface fresh water, and their drainage area is home to 10 percent of the U.S. population.

“This will be a great opportunity to keep Grace College connected to cutting-edge research with a high degree of relevance for Indiana and other Great Lakes states,” said Bosch.

The northern part of Kosciusko County, as well as much of Northern Indiana, is part of the Great Lakes basin. Bosch’s research will include analysis on how Great Lake climate change affects agricultural aspects of this region, which relies heavily on agriculture, and other Great Lake basin areas.

In conducting research on climate change’s effects on the Great Lakes, Bosch will collaborate with other researchers from the University of Michigan, Heidelberg University, the University of Toledo, Michigan Sea Grant’s Great Lakes Observing System and the Cooperative Institute for Limnology and Ecosystems Research, which is a joint institute between the National Oceanic and Atmospheric Administration and U-M, and LimnoTech Inc.

The National Science Foundation grant is among the largest and most prestigious grants Grace has ever received.