A Grace College graduate who works to rescue women trapped in sex trafficking was featured this week on the online news site, InkFree News. David Grant is a resident of Warsaw, Ind., and serves as national director of Destiny Rescue. A portion of the story appears below. Click here for the complete article. 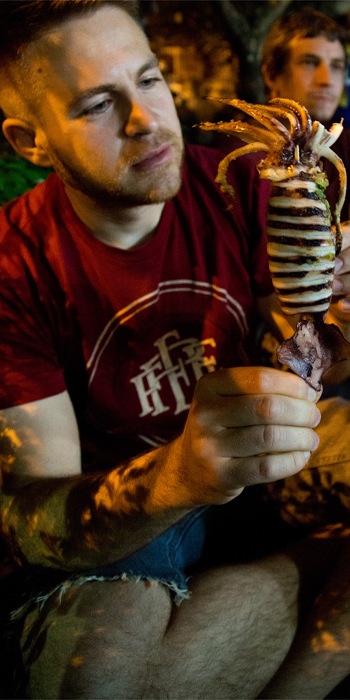 For the last five years, Grace College graduate David Grant has worked with Destiny Rescue, a North Webster-based non-profit, to rescue teenage girls from the sex trade in Asia and South America.

NORTH WEBSTER — The issue of human trafficking has not been on most Americans’ radar for very long. It is seen in the media, from far away, mentally as well as physically.

But for Warsaw’s David Grant, national director of Destiny Rescue, that distance has been broken down by faith, and he has become a voice for the millions of children trapped in the world of sexual exploitation.

Grant is originally from near Pontiac, Mich. He came to Winona Lake to study music, theology and Biblical studies at Grace College, where he also met his wife, Marah, a Warsaw native.

After graduating, Grant served as a communications director at Winona Lake’s Christ Covenant Church. He then became director of worship, youth and creative ministries at North Webster United Methodist Church until 2012. Grant has also been a consultant for Creative Technology Solutions Inc. since 2009.

But it was during a breakout session at an event in Epworth Forest he attended with his wife Grant was introduced to Destiny Rescue. “She’s led me in a lot of areas related to women’s justice.” There he learned about people risking their lives, going into brothels to rescue children. “We had to be a part of it.”