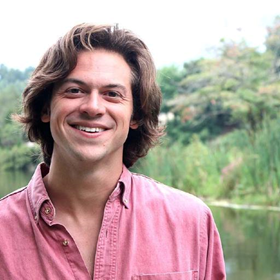 A 2011 Grace College graduate, Stephen Copeland, has been nominated for the inaugural Council for Christian Colleges and Universities (CCCU) Young Alumni Award.

He holds a BS in journalism and Bible and worked in the athletic department as a sports information writer while at Grace along with his best friend, Josh Neuhart, and mentor, Chad Briscoe. He currently lives in Charlotte, N.C., and is working as a staff writer and columnist at Sports Spectrum Magazine, a national faith-based sports publication.

For more information and to cast your vote, click here.

All are invited to vote for the candidate they believe deserves the honor of being named the 2016 CCCU Young Alumni Award winner. Voters can vote once a day and must like the CCCU Facebook page to be able to participate.

Voting will occur over two rounds. During the first round, occurring from Nov. 1-15, voters will narrow the selection of nominees down to 10. Each finalist will be featured in a future issue of Advance, the biannual magazine from the CCCU, and on the CCCU website.

The second round of voting, which will determine the final winner, will occur from Nov. 16-30. The winner will be recognized at a ceremony during the CCCU’s 40th Anniversary Gala in Washington, D.C. on Jan. 27, 2016.