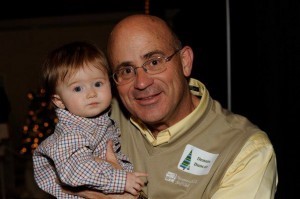 Dennis Duncan, formerly the principal at Jefferson Elementary School in Winona Lake, Indiana, has been employed by Grace College to the position of Director of Prison Education.  Grace was recently selected by Indiana’s Department of Correction to head the state’s Adult Basic Education (ABE) program in the northern region.

A team of approximately 30 employees was inherited from another institution in preparation for the initiative’s continuation this fall. Duncan will also be supervising the hiring of 10 new teachers to work in the GED program.

Duncan has been the principal at Jefferson Elementary School—whose campus is adjacent to Grace College’s—for the past 19 years. Many Grace students have worked under his leadership at the elementary school, and he has also taught several courses in Grace’s education department.

Duncan is a Grace graduate. He earned his B.S. in Elementary Education there and his Master’s in School Administration from Indiana University. He grew up in Canton, Ohio.

“I think that [Duncan’s] background, attitude and values all work well for Grace’s long-term goals of [developing] relationships and serving the men at these correctional facilities,” said John Teevan, Executive Director of the Weber School and now Executive Director of Prison Education. “We are delighted to have [Duncan] join us in this highly mission-centered front-line venture [serving] a very overlooked population.”

For Duncan himself, though departure from Jefferson is a sad farewell, he’s excited about what is on the horizon for the prison program. “It’ll be difficult to leave,” he said, “but at the same time I’m very excited about this new chapter with Grace.”

Duncan’s aspirations for the program are high as he and his staff head into a challenging educational arena. “We want to give these guys a sense of hope and purpose,” he said. “A lot of them have hit the bottom… but if they get someone who will reach out to them and help them earn their degree… [they will] realize there’s more to life than they’ve ever known before.”

Duncan’s hiring marks the initiation of a program that, according to Teevan, has seen its fair share of obstacles. However, as the new academic year begins, contracts have been negotiated, a not-for-profit corporation has been formed in order to handle Grace’s non-traditional programs, and the school is prepared to serve over 1,000 men a year through the ABE initiative.