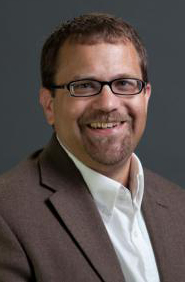 The experience of religious pacifists and members of the peace churches during the American Revolution was the topic of a Grace College lecture that was aired this afternoon on the public affairs cable network, C-Span. Dr. Jared Burkholder,  chair of the history and political science department and director of faith, learning, and scholarship at Grace College, taught on “Religious Pacifists and the American Revolution.”

“This is a topic that interests me and I’ve published on it,” explained Burkholder. “One reason I like the topic is because we don’t often think about the fact that many colonists, who were Christians, did not necessarily see the American Revolution as a righteous cause, like we do today. It is true that most Christians did believe God was on the colonial side. But some, including members of the Brethren, believed it was wrong to fight in the military as well as wrong to rebel against the civil authority that God had set in place. So in the midst of all the patriotic enthusiasm, members of the peace churches were really put in a difficult situation. Their churches were divided over the issue. Some fought, some did not.”

The lecture will air several weeks after the recording as a part of C-Span’s regular program called “Lectures in History” that is broadcast each Saturday evening as part of “American History TV.” It will become available on c-span.org/series/?lecturesInHistory after it is aired.