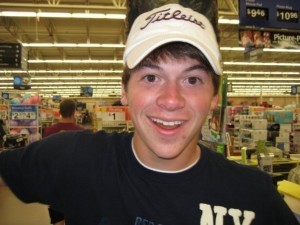 The book, which is a memoir of Vick’s life including his time in prison for being convicted of dogfighting charges, is due to be released Sept. 4. Copeland co-authored the book with Brett Honeycutt.

Michael Vick is the quarterback for the Philadelphia Eagles of the National Football League. The 2010 season was the most prolific of his career, earning him a start in the Pro Bowl and cementing his comeback in football. Prior to spending the last three seasons with the Philadelphia Eagles, Michael played for the Atlanta Falcons from 2001-2006, the team that originally chose him with the first overall pick in the 2001 NFL Draft.

Copeland currently works as a staff writer and columnist for Sports Spectrum Magazine, a national, faith-based publication.  Honeycutt is managing editor of Sports Spectrum. The book’s foreword was written by former Indianapolis Colts head coach Tony Dungy, who has served as a mentor for Pro Bowler Vick.

Stephen Copeland is the editor of Sports Spectrum’s digital magazine and a columnist at Sports Spectrum magazine, a national faith-based sports publication. He recently co-authored The Jersey Effect with former Indianapolis Colts punter Hunter Smith. Stephen graduated from Grace College in Winona Lake, Indiana, and is from Plainfield, Indiana. Copeland served as Sports Information Co-Director while attending Grace and also played for the Lancer golf team.