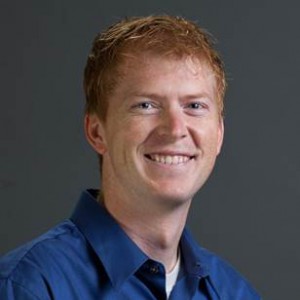 Nate Bosch, associate professor of environmental science and director of Kosciusko Lakes and Streams at Grace College, was recently published in PNAS, the official journal of the United States National Academy of Sciences and one of the most prestigious journals in the country. Bosch co-authored an article about the largest blue-green algal bloom in Lake Erie’s recorded history and its possible future ramifications as a part of his ongoing research and work with water quality in the Great Lakes region.

Based in Washington, D.C., the National Academy of Sciences of the United States of America began with a congressional charter in 1863 under Abraham Lincoln. It has around 2,100 members and its membership has included 200 Nobel Prize winners. The PNAS, or “Proceedings,” is the academic journal published by the society.

The article, entitled “Record-setting algal bloom in Lake Erie caused by agricultural and meteorological trends consistent with expected future conditions” and authored by researchers from eight institutions, including Bosch, explores the role of several factors that may have contributed to the 2011 Lake Erie bloom.

“I am excited and encouraged to have Grace College be a part of this research team as well as to publish our work in such a significant scientific journal,” said Bosch.

According to Bosch, “This Lake Erie research connects well to the local research Grace College is conducting on inland lakes in northern Indiana as part of the Kosciusko Lakes and Streams center. In our local lakes, we saw 2011 blue-green algae toxin levels over twice as high on average compared to 2012. We also have many of the same driving factors believed to make 2011 algae conditions more common in the future.”