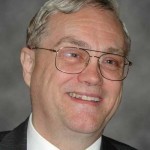 A Grace Theological Seminary alumnus, Dr. George Harton, has been named by the Board of Directors of Washington Bible College/Capital Bible Seminary (WBC/CBS) as Interim President. The announcement said, “The Board is confident Dr. Harton’s extensive experience and 30 plus years of faithful service at WBC/CBS as professor and also as Dean of the Seminary, uniquely qualify him to honor its rich history while, providing confident and stable leadership for the institution as it aggressively transitions to meet the challenges and opportunities of the future.”

Harton, who grew up in Pennsylvania, was named to the post in late July to succeed the college’s sixth president, Larry A. Mercer.

Harton first joined the college’s faculty in 1981 and served as the seminary academic dean from 1995 to 2007 before transitioning to Grace Baptist Church in Bowie, Md., where he has been serving full time as Assistant/Executive Pastor.

The college’s board of directors will conduct a search as it looks to hire the next president, but the board has not set a timetable for the search, said Harton, who will apply for the position.

Dr. George M. Harton is a native of Pittsburgh, Pa. He received his Bachelor of Arts from Princeton University and did post-graduate work at Moody Bible Institute. He later received his Master of Divinity from Grace Theological Seminary and his Doctor of Theology from Dallas Theological Seminary. He is married to Ellen Harton (31 years) and they have four children.