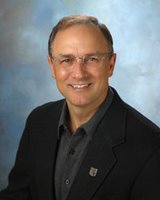 Grace College, Winona Lake, Indiana, will sponsor “Truth Is a Strange Sort of Fiction – The Challenge from the Emergent Church” on Wednesday, January 24 from 7-8:30 p.m. in McClain Auditorium.

This lecture with a question-and-answer session will be given by Greg Koukl (pictured), who will address the issue of speaking intelligibly to a postmodern culture.

Koukl is founder and president of Stand to Reason and professor in Christian Apologetics at Biola University. He is an author and speaker, and has hosted his own radio talk show for more than 15 years.

Koukl is known for his popular defenses of various doctrines of Christianity and also well known for being an advocate of the Pro-Life position. He is also an outspoken critic of moral and philosophical relativism.

Koukl is often paired with many contemporary conservative Christian thinkers such as J.P. Moreland, Hugh Hewitt, Scott Klusendorf, and William Lane Craig. He currently broadcasts his call-in radio show Stand To Reason out of AM-740, transmitting from Avalon, CA, every Sunday from 3:00pm to 5:00pm Pacific Time (shortened to 4:45pm during shorter daylight hours in December and January).

Koukl lives in Los Angeles with his wife and their two children.