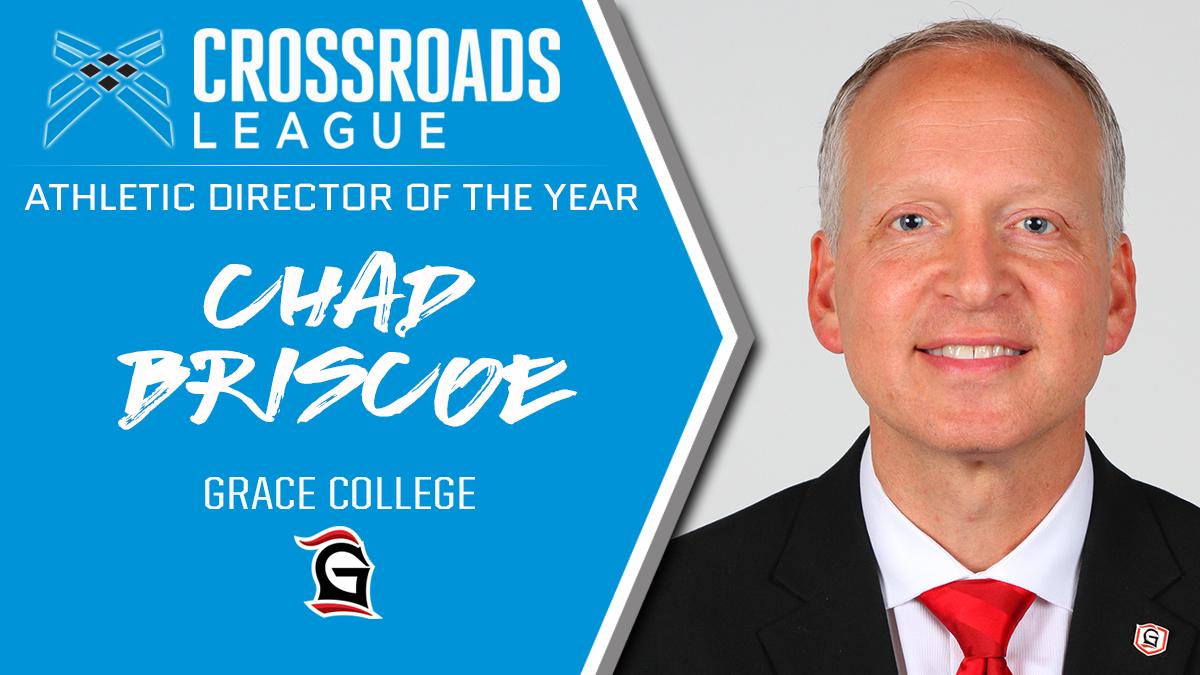 Grace College’s Chad Briscoe has been named the 2020-2021 Crossroads League Athletic Director of the Year. The honor is the third for Briscoe in his time with the Lancers.

“I am humbled to receive this award. It is a direct reflection of the tremendous work and investment from our coaches and student-athletes throughout the year. I am thankful for the platform that we have been given at Grace College to live out and share Christ in the arena of athletics,” Briscoe said. “I serve alongside outstanding athletic directors in the league. They are all friends who sharpen me professionally and work with excellence on a daily basis.”

Briscoe recently wrapped up his 12th season as the Grace College Director of Athletics, while overseeing one of the most successful athletic seasons in school history. During the 2020-2021 year, Grace secured NCCAA National Championships in men’s soccer, men’s tennis and men’s track and field and saw seven teams compete at NAIA National Championships. Those accomplishments were accompanied by each of the GC varsity teams posting a team grade-point average of 3.0-or-higher for a fourth-straight year.

Briscoe is well-respected at the national level of the NAIA, having been a member of the National Administrative Council for the past six years. In each of the past three years, Briscoe has served on the NAC’s Executive Committee and was recently elected to be the vice chair for that group.

Briscoe also helped guide NAIA men’s basketball through its first year back as a single division sport, working as a member of the inaugural NAIA Men’s Basketball Selection Committee.