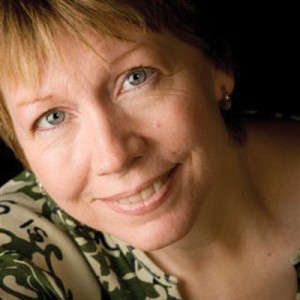 Gracia Burnham, author of In the Presence of My Enemies, a true account of her year in captivity by terrorists in the Philippine jungle, is on campus today and tomorrow, Tuesday and Wednesday, September 24-25, to speak to college students about her experiences.

“Gracia has an amazing story that will inspire and challenge anyone who hears it,” said Carlos Tellez, Dean of Undergraduate Chapel and Global Initiatives. “I know Grace students and the community alike will benefit from hearing her story.”

Martin and Gracia Burnham, the missionary couple captured and held hostage in the Philippine jungle by terrorists with ties to Osama Bin Laden, were held captive for a year before a violent rescue that resulted in Martin’s death. Due to heavy coverage by the news media soon after September 11, the world watched Gracia Burnham return home in June 2002 with a bullet wound in the leg and amazing composure. In her riveting personal account, Burnham tells the real story behind the news about their harrowing ordeal, about how it affected her relationship with her husband and with God, about the terrorists who held them, the actions of the U.S. and Philippine governments, and how they were affected by the prayers of thousands of Christians throughout the world.

Each year, students in Grace’s Freshmen Foundations class are assigned to read a challenging, life-changing book. This year, In the Presence of My Enemies was chosen as the freshman assignment. After speaking to the Women’s Ministry Meeting on Tuesday evening, Gracia will make an appearance and give a presentation to the Freshman Foundations class on Wednesday morning, and at chapel following the class. Chapel is open to the public and is held in the Manahan Orthopaedic Capital Center arena from 10:30-11:20 a.m.