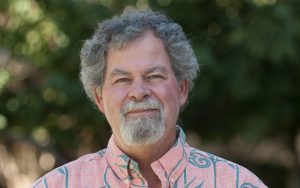 The Biblical and Ancient Manuscript Center is sponsoring the lectures on October 1, 2, and 3, 2021.

On Friday, October 1, Dr. Wallace will lecture on “The Protestant Faith and Biblical Languages: Can We Give Up One and Keep the Other?” It will be held at 4 p.m. in McClain Hall 100 on the Grace College campus. This lecture encourages teachers and preachers to uphold their sacred duties while not abusing the Greek language.

Dr. Wallace will look at “The hand that wrote this is rotting in the grave. Fascinating Discoveries in Old Manuscripts of Scripture” during a luncheon on Saturday, October 2, in Westminster Hall. The luncheon begins at 11:30 a.m., with the lecture at 12:30 p.m. This lecture is about sleuthing in monasteries and old libraries and learning more about ancient scribes, their manuscripts, and practices. Click here to register for the lunch, which is $10 per person. It is labeled “Greek Reunion Luncheon,” but it is open to anyone.

The final lecture in the series will be at 4 p.m., Sunday, October 3 at Winona Lake Grace Brethren Church, 1200 Kings Highway, Winona Lake, Ind. Dr. Wallace will discuss “Is What We Have Now What They Wrote Then? Or, How Badly Did the Scribes Corrupt the New Testament?” This lecture responds to what critics claim—such as in the widely read books by Bart Ehrman—that problems in the manuscripts mean we cannot know what the original authors actually wrote.

Dr. Wallace, who formerly taught at Grace Seminary, is a fourth-generation Californian. He is a member of the Society of New Testament Studies, the Institute for Biblical Research, the Society of Biblical Literature, the American Society of Papyrologists, and the Evangelical Theological Society (of which he was president in 2016). He has been a consultant for several Bible translations. He has written, edited, or contributed to more than three dozen books, and has published articles in New Testament Studies, Novum Testamentum, Biblica, Westminster Theological Journal, Bulletin of Biblical Review, the Journal of the Evangelical Theological Society, and several other peer-reviewed journals. His Exegetical Syntax of the New Testament is the standard intermediate Greek grammar and has been translated into more than a half-dozen languages. He is the executive director of the Center for the Study of New Testament Manuscripts (csntm.org), an institute whose initial purpose is to preserve Scripture by taking digital photographs of all known Greek New Testament manuscripts. In the process CSNTM staff have discovered over ninety New Testament manuscripts throughout the world.

He and his wife, Pati, have four sons, three daughters-in-law, three granddaughters, one grandson, and one Labrador.