GROW (Grace Refuge Outreach Worldwide), a cooperating ministry in the Charis Fellowship, is mentioned today in an article detailing a shop designed to help those who are impacted by human trafficking. The article, from the La Crosse, Wis., Tribune, features a store in a local church that sells handcrafts from those who have been impacted by trafficking, thus providing them a wage. A portion of the story appears below. Click here to read the complete article. 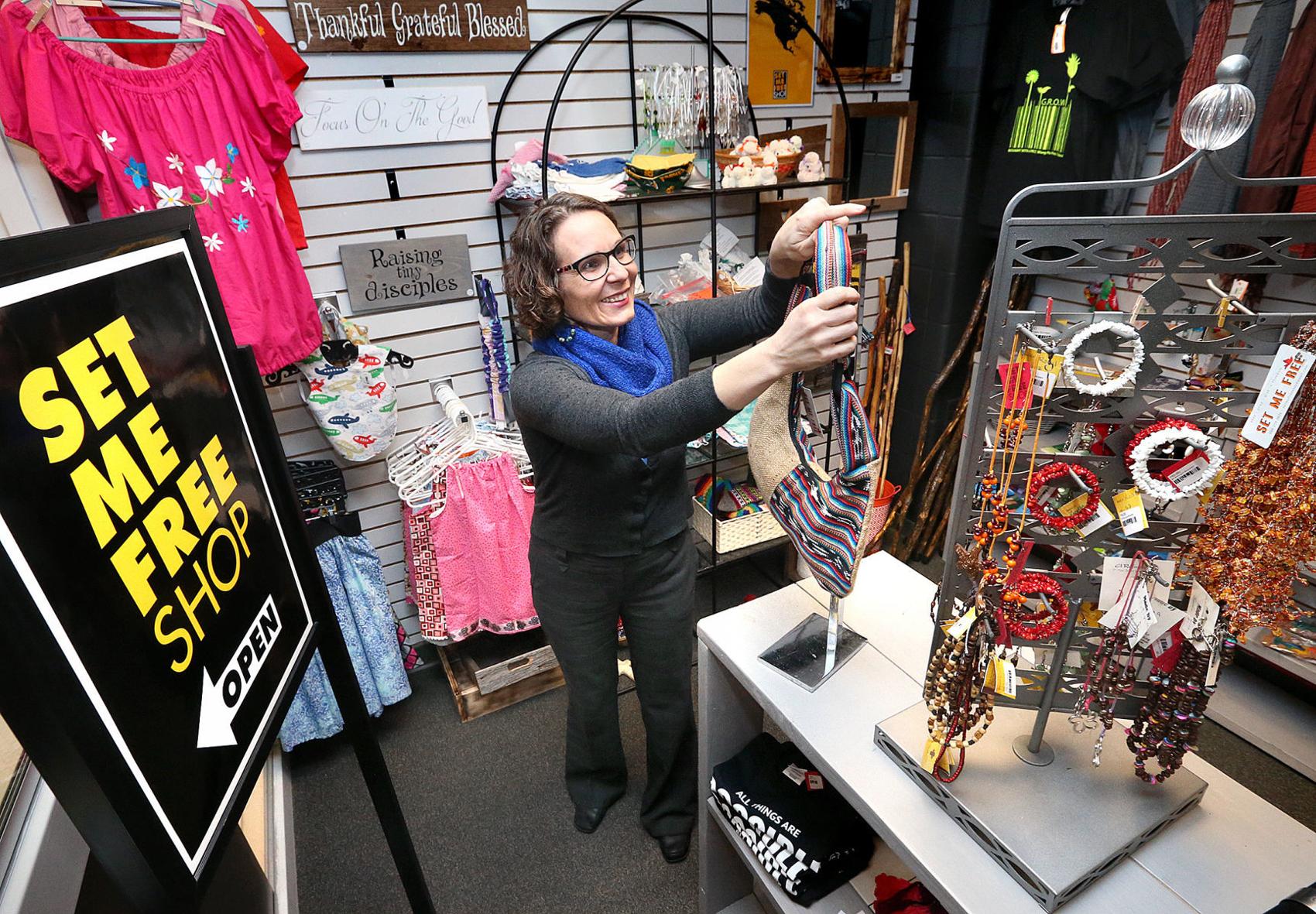 Asha Sciarra is the lead volunteer at the Set Me Free Shop at First Free Church in Onalaska. The store sells fair trade products from around the world, with proceeds benefiting anti-human trafficking organizations.

ONALASKA — You can’t put a price on freedom, but every dollar spent at the Set Me Free Shop brings a victim of human trafficking one step closer.

Located in First Free Church, 123 Mason St., Onalaska, the shop opened over five years ago to address the prevalence of human trafficking both stateside and around the globe by spreading awareness and providing those affected a wage for their handcrafts. …

The shop brings in $12,000 to $15,000 a year, with 100 percent going back to the makers. Each item sold is paired with a numbered card featuring the name, goals and location of the organization from which it originated and a tag with the artist’s first name.

“For some people, it’s the first time they learned how to write their name,” Sciarra said. A shirt with the maker’s signature, scribed for the first time and repeated along the hem, is one of products most dear to her.

Sciarra developed her passion for helping those trapped in the devastation of trafficking decades ago, herself nearly a victim while living in Vista, Calif. Sciarra declined to elaborate on the experience, but noted, “I was in a vulnerable situation. It can be anybody. Sometimes we have misconceptions of who can fall prey.”

Therapy has helped Sciarra cope, though serving others has been the greatest help. She has visited a dozen of the Set Me Free Shop’s partner organizations, including Thailand-based GROW, the Grace Refuge Outreach Worldwide Foundation, which provides physical, emotional and spiritual care for at-risk youth, and Sunshine House, a safe home focused on prevention, intervention and rehabilitation. Trafficking is most prevalent in the Asia-Pacific region, accounting for 62 percent, followed by Africa at 23 percent. Europe and Central Asia account for nine percent each, and the Americas five percent. One percent of victims are from Arab states.