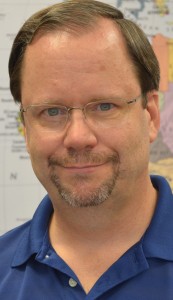 The articles in the Spring 2014 edition of GraceConnect were written by Dave Guiles, D.Min., Trinity Evangelical Divinity School (2013), and M.Div., Grace Theological Seminary (1987). He has been an active participant in Charis International since its inception in 1994, and currently serves as coordinator of the Charis Steering Committee. Dave was born into the Grace Brethren movement at the Third Brethren Church of Philadelphia, where his great-grandfather was a founding member. The son of Grace Brethren church planters, Dave and his wife, Sue, served in Argentina with Grace Brethren International Missions (GBIM), from 1988-1999, In April 2000, he became the executive director of GBIM, which was recently renamed Encompass World Partners.

Dave and Sue currently reside near the new mission headquarters in Atlanta, and in the margins of a busy life are committed to helping start new churches that reflect the DNA of the Grace Brethren global family.