Hard Work in Cleveland ‘Paying Off’ 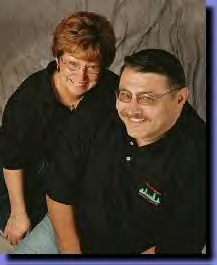 Rich and Reida Bartley, whose inner-city mission to Cleveland, OH, reaches out creatively to urban residents, recently reported with enthusiasm on some positive events and outreach contacts from their ministry. Here is an excerpt from Rich’s report—learn more at www.villagegrace.org.

We found out about a church that was closing its doors. The pastor called and said he had some “stuff” to sell. We went over, and he had 120 stackable chairs, flowers, screen, Peavey speakers, Fender speakers, 16-channel sound board, amp, EQ, digital delay, flags, podium, CD players, DVD players, TV’s, etc. He wanted almost $6,000 for it.

We prayed–he prayed–God sent us some unexpected checks and we now own a complete sound system and stackable chairs for the sanctuary. We only paid $2,000 for everything! Sounds to good to be true. God is sooooo good! AMEN!

The last two weeks we have had youth groups staying at the center. The service projects the youth have done in the neighborhood and within the city of Cleveland have opened a lot of eyes. We have gotten “Thank You’s” from the neighbors and organizations that they helped. (Cleveland Food Bank, Pregnancy Center, Slavic Village Development, Ward 12 and 13 Councilman, City of Cleveland and the Western Reserve Fire Museum) This last Tuesday the kids painted all the playground equipment in the small park near the church!

Last Thursday the youth had a Kid’s Night at the center. We cooked over 75 hot dogs and went through 40 pounds of ice for sno cones! (blueberry is best!) There were almost 40 children from the neighborhood playing and talking with the youth group. Many seeds were planted and hopefully the children will start to come around more often.

This week the teen group did surveys of the neighborhood asking what the Mission Center could do for the neighborhood. They painted the sanctuary and moved out all the pews and stacked 120 new chairs. On Thursday they had a small carnival at the center with 10 game stations, five craft stations, free hot dogs and free sno cones.

I was totally shocked–we had more than 150 parents and children show up and participate! We had four women ask to be included in a Bible study and two men. Three parents asked if we could provide piano lessons. We were able to give out four Bibles and at least 20 promises of children attending VBS.

The hard work of building relationships is paying off and children and adults are hearing the Gospel message. Two children accepted Christ last night and an adult came within two words of doing the same. We also had eight promises of attending church service when it starts.

We are asking your prayers for the following:

2. More volunteers to help handle the sudden surge of promises and to be able to start new children’s programs to teach about Jesus and keep them off the streets

3. For giving hearts – the gifts to the Mission Center have fallen over 60% this year so far. We are operating on the proverbial “shoestring.” The last two weeks have depleted most of our reserve supplies (Cups, plates, sno cone syrup, straws, spoons, hot dogs, mustard, catsup, small game prizes, etc.) Our main HP printer went south this week – prints great red but no blue and yellow. We lost one of the computers to an unknown virus. An office computer rejected both CD drives.

4. Pray especially for the community meal that is Saturday at 6:30PM. It will be the first time we will be trying to feed the neighborhood. We have the sanctuary set up for 75 people. If this meal goes well we can do this again the last Saturday of every month.

We love and thank each and every one of you for your prayers and support of a much-needed ministry.