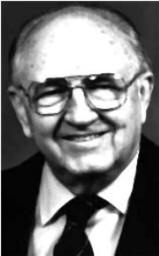 SANTEE, CALIFORNIA (ANS) — Dr. Henry Morris, the founder of the modern Christian creationist movement, has died in California at the age of 87.

Kentucky-based Answers in Genesis says Morris’s son sent an e-mail notifying friends and associates that his father died Saturday night in the presence of his children.

Henry Morris had been hospitalized earlier this month after suffering a series of strokes.

Morris’s 1961 book “The Genesis Flood,” which he co-authored with former Grace Theological Seminary professor John C. Whitcomb, helped launch the modern creationist movement, which holds to belief in a seven-day Creation less than ten-thousand years ago and a biblical worldwide flood. He also founded the Institute for Creation Research, where he remained president emeritus after his retirement.

Morris was a Professor of Hydrogeology. He was Former Director of the Institute for Creation Research and the author of numerous creation books and articles.

Morris also served as former head of the Department of Civil Engineering at the Virginia Polytechnic Institute and State University (1957-1970) as well as being former president of Creation Research Society (1967-1973).

He is the author of over 45 books regarding Creation-Evolution and the Founder and president emeritus of the Institute for Creation Research.

Writings by Morris appear in the following books that can be purchased on-line: “The Modern Creation Trilogy,” and “The Genesis Record.”