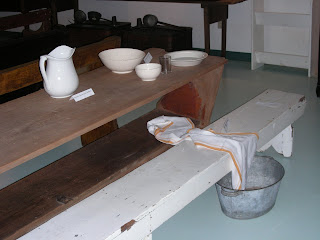 Tucked away in a shopping center in Brookville, Ohio, is a repository of all things Brethren. Founded in 2001, opening in 2003, the Brethren Heritage Center is a haven for the various historical records and artifacts of Brethren denominations that trace their spiritual roots to 1708 in Schwarzenau, Germany. It’s not only evidence of the common history of the groups, but a testimony of their ability to work together in spite of a variety of theological and functional distinctives.

Recognizing those differences, the organizers insisted that the center only focus on heritage. As a result, the Center is a diplomatic celebration of the roots that bind the groups together. With an eye to preservation, there are more than 12,000 catalogued books in its 7,000 square feet. In addition to the library, there is a store with new and used books about Brethren, Anabaptist, Pietist, and related history and a one-room museum of Brethren memorabilia.

“As I study the history of the (Brethren) church, I see the continuity of faith and practice,” says Dale Savage, chair of the board and a member of the Old Brethren Church.

One of the visible symbols of that continuity is the set of murals that depict Brethren history from 1708 to 2008 and circle the reading room. At five-feet long by two-feet high, each of the 12 panels are one third the size of the original murals that were painted by Medford D. Neher in 1949 and installed at Camp Mack in Milford, Ind.

Jean Rogers, a member of the Brookville Grace Brethren Church, is the sole Grace Brethren member on the group’s board. As a member of a group of churches that more often looks ahead than back, she sees value in being a part of the Center. “If you want to know about your spiritual heritage, you can find it there,” the former church librarian says.

She is also one of many volunteers who have logged more than 20,000 hours working in the collection, often researching history or genealogical questions for interested individuals.

Both Rogers and Savage encourage Grace Brethren people to consider volunteering at the Center. “It’s important to tell the story of the Grace Brethren,” says Savage. “If they are here to be able to narrate that story, it’s even better.”

While based in southwest Ohio, the not-for-profit, volunteer-run organization sees its mission as a nation-wide effort to preserve Brethren heritage. It has welcomed visitors from all over the world and encourages involvement by Brethren people from outside their area. The denominations it represents include: The Brethren (Ashland) Church, Church of the Brethren, Conservative Grace Brethren International, Dunkard Brethren, Fellowship of Grace Brethren Churches, Old Brethren, and Old German Baptist Brethren.

Photo above — Brethren communion ware sits on a convertible pew table at the Brethren Heritage Center in Brookville, Ohio.