Alexa Hill, Grace College’s two-time recipient of the Susan Hellings Award, the highest individual honor given volleyball student-athletes by the NCCAA, is featured in a story at the online news site, InkFreeNews. A portion of the story appears below. Click here to read the complete article.

Queen Of The Hill 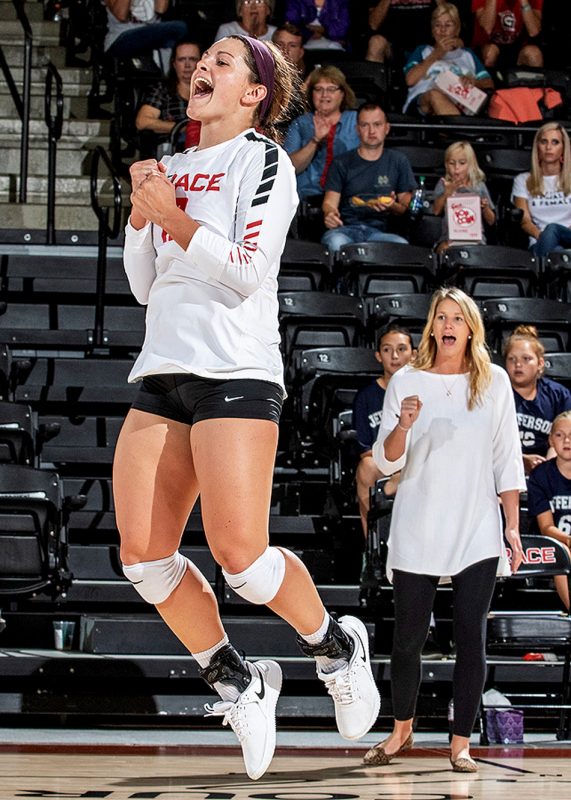 WINONA LAKE – It takes a special person to win the Susan Hellings Award. Alexa Hill did it twice.

As the only person to ever repeat the honor, Hill accepted her second crystal memento a couple weeks ago in a ceremony in Branson, Missouri. The Hellings Award is the highest individual honor handed out to volleyball student-athletes by the NCCAA, celebrating one athlete each year for outstanding Christian character, athletic and academic achievement as well as community service.

As described by Grace head coach Katie Van Hofwegen, “Her excellence in every avenue makes her worthy of this award. When you read what the award is all about, it defines who Lex is. Academic excellence, athletic excellence and then the Christian character behind it. She’s a 4.0 student, works in the education department and is a leader in the department. Athletically, her amount of awards speak for themselves in her four years here.

“To me, there’s no question from those two aspects alone. But then, you take the person. She embodies the Christian athlete. She’s humble. She’s serving. She’s dedicated. At the end of the day she knows volleyball is just volleyball. That’s not her goal.”