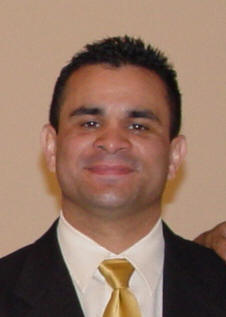 Hispanic church soon to have place of own
Iglesia Comunal Cristiana de Tampa expects to have its new building finished by January.

TOWN ‘N COUNTRY – A canopy of trees will provide shaded sanctuary for a new church being built here. And the sounds of Spanish will provide cultural sanctuary.

“We didn’t have as many Spanish speaking people in Town ‘N Country when we started the church 10 years ago,” said the Rev. Gerardo Leiton, pastor of Iglesia Comunal Cristiana de Tampa. “Now there are a lot.”

The increasing number of Hispanics – as much as 65 percent of the population in some Town ‘N Country neighborhoods – is evidenced by the preponderance of Hispanic restaurants and shops in the area.

The desire to worship in Spanish is equally powerful.

The Town ‘N Country building, to be ready in January, will include a nursery, as well as two classrooms where members can take classes in English and attend seminars on financial and immigration issues.

The church plans to hold Sunday morning services, and might later add a midweek service.

Plans for the church, which were started about eight years ago, came to fruition when ground was broken on the new worship center last January.

“This was a long-awaited day for us, one which at times seemed like it would never come,” Leiton said. “But as our church has come to learn, it is all in God’s time.”

For the past several years, church members have held Sunday afternoon services in rented space at First Reformed Church of Tampa on W Hillsborough Avenue. But once their church on Rhonda Road just north of Hanna Avenue is complete, they will have 3,600 square feet of space in which to worship and grow.

Leiton said the building site plan is almost complete and the land, 11/2 acres, is almost cleared. A retention pond is being dug and a small frame house, perched on the property’s southern border, will be preserved and used for storage.

The sanctuary, to seat 180, will cost $300,000. Church officials say money for the building came from an anonymous donor in Ohio.