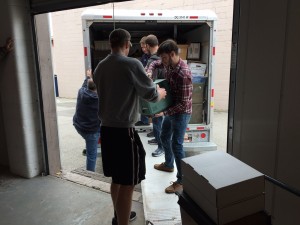 Historic items related to Grace Brethren church planting in North America have been moved to Indiana to become a part of the Fellowship of Grace Brethren Churches Archive, located at Grace College and Seminary.

Files, photographs, and other items had been stored near Souderton, Pa., after the offices of Grace Brethren North American Missions moved to Pennsylvania from Winona Lake, Ind., in early 2007. The organization, which began as the Brethren Home Missions Council in the late 1930s, had been located in Winona Lake since the early 1940s. (It was initially located in Berne, Ind.) For much of its history, it encouraged and supported the development of new congregations in the Grace Brethren movement.

The Fellowship of Grace Brethren Churches Archive is administered by GraceConnect in partnership with Grace College and Seminary. Items in the Archive may be accessed by appointment by calling 574-268-1122.