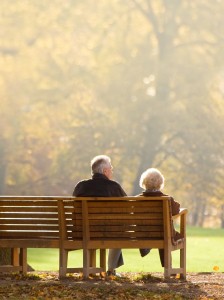 The Promise of Honor program was designed to raise sufficient funds … to ensure those retired pastors and widows that the promises … would be fulfilled.

Pick up almost any magazine today, and you’ll likely find an article about retirement planning.

Making sure that income continues and needs are met after the regular paycheck ends is a concern for most people.

No doubt, the reasons we hear so much about it these days are the large number of baby boomers who are due to retire over the next few years, plus the uncertainty of the economy.

But retirement planning is nothing new. As life spans have lengthened over the years, people have sought to provide income that will continue after their years of employment end.

Grace Brethren pastors, missionaries, and ministry workers shared the same financial concerns. Several decades ago, a number of them were involved in a retirement fund program administered by the Board of Ministerial Emergency and Retirement Benefits, which was affiliated with the Fellowship of Grace Brethren Churches (FGBC). This program was designed to provide future monthly benefits for those participating in the program.

But in the mid-1980s, the fund was running low and participation was declining. It was predicted to be insolvent by June of 1987. Larry N. Chamberlain, then assistant executive director of Grace Brethren Home Missions (and now retiring president and CEO of the Grace Brethren Investment Foundation), explains: “As treasurer of the FGBC in 1985, I was asked to chair a committee to assess the financial viability of the Board of Ministerial Emergency and Retirement Benefits, which had severely under-funded liabilities for future retirees and was approaching insolvency. Following considerable study over the next year, the FGBC conference delegates approved the committee’s recommendation to discontinue the former plan and initiate a separate Retirement Investment Plan that would be made available for Grace Brethren churches, pastors, and staff.

“The Retirement Investment Plan is currently managed by a board of directors which includes Ken Seyfert (chair), Tom Avey, Bill Burby, Jim Custer, and Jim Johnson. This new plan has proven to be highly successful with more than 300 participants and more than $9 million invested by its participating pastors and churches.”

But in 1986, there were pastors and widows enrolled in the former program who were nearing retirement and were depending on income from the plan that was being discontinued. No one wanted to see those long-time ministry workers go without their promised benefits.

“Our committee wanted to fulfill those commitments of the former plan,” remembers Chamberlain, “and so we formed the Promise of Honor program, using as our theme Hebrews

13:7: ‘Remember those who led you, who spoke the word of God to you; and considering the outcome of their way of life, imitate their faith.’

“The Promise of Honor program was designed to raise suffcient funds over the ensuing years to ensure those retired pastors and widows that the promises of the former plan would be fulfilled. We initiated in 1986 a major fund-raising campaign among the churches, and along with some designated delegate fees and major gifts from Grace Brethren Investment Foundation, the Promise of Honor program has issued monthly retirement checks to deserving pastors and widows for 25 years, totaling more than $770,000. The highest number of monthly recipients was 43 and the current number is six [widowed ladies], ranging in current age from 91 to 102.

“The response to the Promise of Honor program has been very gratifying, with significant funds being raised in the first several years, and in following years by action of the FGBC delegates via conference funding and through the consistent generosity of Grace Brethren Investment Foundation.”

The recipients have appreciated the efforts of those who set the plan in motion 25 years ago. Chamberlain shares a few of their words that have come in over the years:

“Received my retirement check. Thanks so much for your faithfulness in seeing that these checks go out every month. They mean a lot to the retirees when the salary checks stop.” – retired pastor

“You are God’s means of fulfulling His promise. Thanks to Him and all of you for your faithfulness and loving care.” – pastor’s widow

“I wanted to tell you again how I greatly appreciate the check which comes faithfully, every month on time. My husband would say so, too, if he were here.” – pastor’s widow

“Again I want to say thank You for your faithfulness and express my appreciation for those who make these checks possible. They are a real help from the Lord.” – pastor’s widow

“Thanks to all the faithful Brethren who are supporting this ministry. It’s good to know that our ‘labors are not in vain.’ The check each month is deeply appreciated.” – retired pastor

The Promise of Honor program has accomplished what it set out to do in 1987: fulfill the words of Hebrews 13:7 and honor a commitment to those who served Christ in ministry professions in the Fellowship of Grace Brethren Churches.

Judy Daniels is the former editor of Grace Magazine. She and her husband, Denny, reside in Winona Lake, Ind.

This article first appeared in the Winter 2013 issue of GraceConnect magazine. Click here to see the entire issue.