One month into his first tour of duty in Iraq, Charis Fellowship Chaplain Billy Graham (LTC, U.S. Army) experienced the death of a soldier in his unit. Eighteen years later, he was able to meet the family of the fallen soldier and witness a ceremony honoring the man and his family. The Eagle Commission, a cooperating ministry of the Charis Fellowship, shared a video in 2019 of Billy telling the story of the death of the soldier. Watch the whole video here.

after the video came out, Billy and his wife, Robin, connected with the soldier’s wife on Facebook and arranged a meeting. They met the family at their favorite pizza place. “There was a little bit of laughter, and lots of tears,” Billy remembered. After the meal, they visited the soldier’s gravesite and spent time reflecting, crying, and sharing memories.

“It’s important when you lose someone, especially in a combat zone, to talk about it. Soldiers have to be able to mourn quickly and move on to get back to do their mission,” Billy said, “as a chaplain, we are very intentional to step into where soldiers are in that moment to try to encourage them to talk.”

After the soldier’s death, many of those who served with him shared how important his faith had been to him. Although Billy did not know the fallen soldier very well, he knew the young man had a solid faith in Jesus Christ and that it was a huge part of who he was. 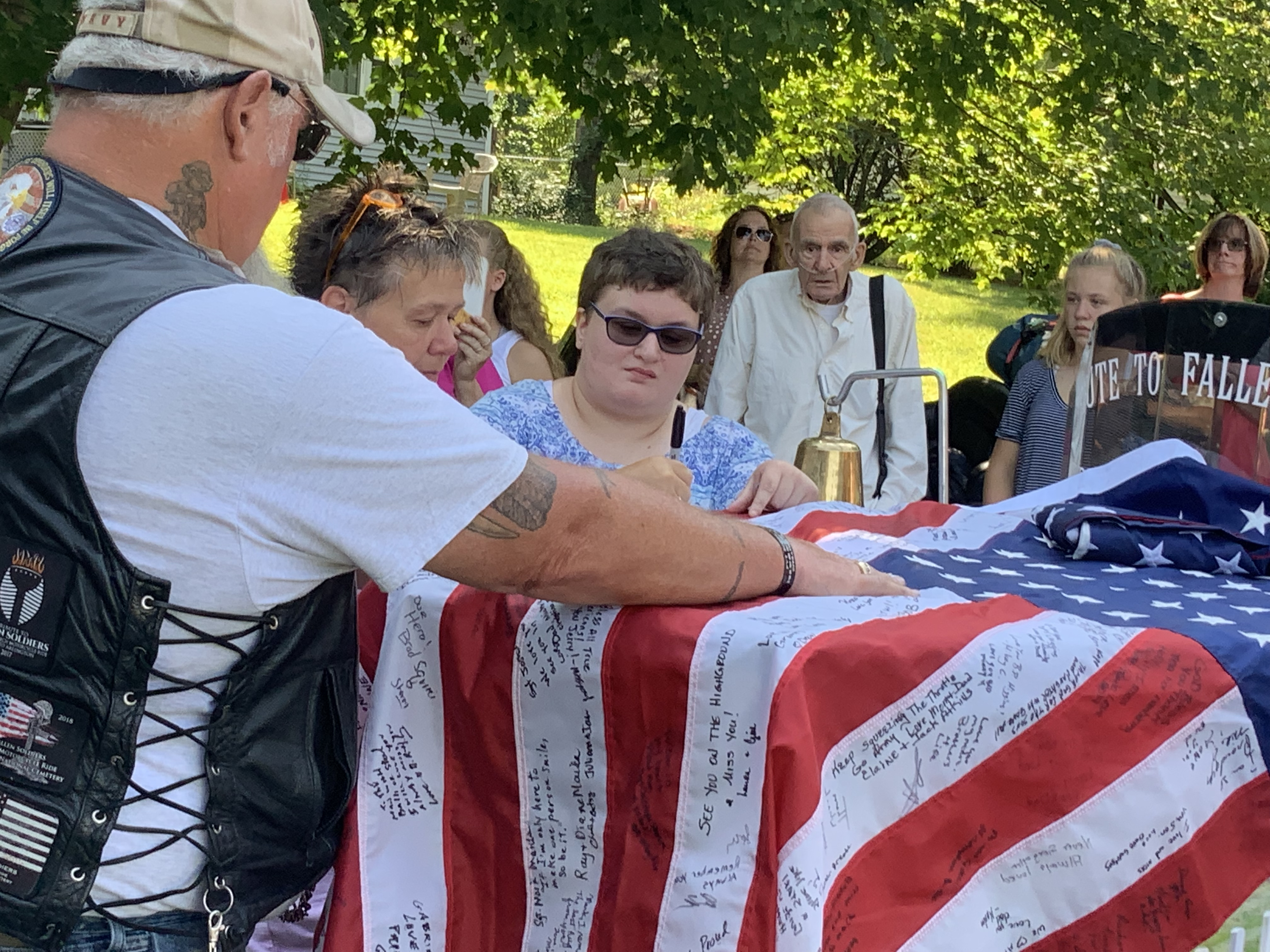 While visiting with the family, Billy and Robin got to witness a ceremony from the organization Tribute to Fallen Soldiers: Memorial Torch Motorcycle Ride, A Run to Arlington National Cemetery, a group of veterans who travel the country on motorcycle to honor those who have lost loved ones in military service, known as Gold Star families. The soldier’s family participated in the ceremony by signing the American flag the group was transporting around the country. “It was so precious to watch the whole family be honored in that way,” Billy said.

Many families, like the one in the story above, have lost loved ones in combat. “Memorial Day is specifically set aside to remember those who have given the ultimate sacrifice for the sake of our country, our freedom.” Take a moment to pray for these families.

Billy has served with the U.S. Army for 27 years, the last 19 of them as a chaplain. This summer Billy will start a new post at Ft. Hood Army Base in Texas, where he will serve as the Deputy Command Chaplain. Pray for Billy as he continues to minister to soldiers and send him an encouraging note here.