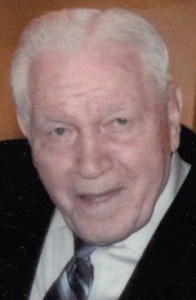 Former Grace Brethren pastor, Howard Max Snively of Pierceton, Ind., went to be with his Lord and Savior Jesus Christ at 12:03 a.m. on Sunday, September 27, 2015 at Visiting Nurse and Hospice Home of Fort Wayne, Ind., at the age of 88.

He was a resident of Kosciusko County, Ind., for the past 26 years, where he was a member of Dutchtown Brethren Church of Warsaw.

Howard enlisted in the U.S. Navy on September 4, 1944 and served as a Seaman First Class until his honorable discharge on July 13, 1946. He graduated from Grace College and Seminary in Winona Lake, Ind., in 1960. He was a pastor for several Grace Brethren churches in Ohio, Washington State, Alaska, and in Warsaw, Ind., retiring in 1988.  Howard was also a Warsaw Community Schools Bus driver from 1989-1999.

He was preceded in death by his parents, wife, three brothers:  Eldon, Oral and Earl Snively, and three sisters:  Mae Anderson, Marjorie Bangs, and Esther Hamilton.

Burial will follow with a graveside service at Oakwood Cemetery of Warsaw, Ind., with military rites conducted by the American Legion Post #49, V.F.W. #1126 both of Warsaw and active members of the Navy Honor Guard.