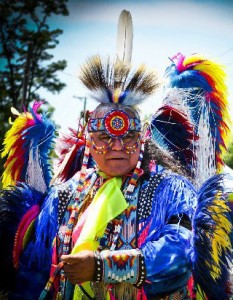 Robert Soto, a Native American dancer who pastors the Grace Brethren Church in McAllen, Tex., has been involved in a protracted legal situation after federal agents came to a pow wow on March 11, 2006 and confiscated 42 eagle feathers there were being used in ceremonies. In part, the case centers on the fact that the tribe of which Robert is a part, the Lipan Apache, is not a federally recognized tribe.

In February 2013, the case was denied in U.S. District Court, Southern District of Texas at McAllen. Lawyers in the case appealed to the Fifth Circuit Court of Appeals on January 8.

Robert said that the hearing on Thursday went well. “[It is] Hard to imagine that this case has been on the books for almost eight years,” he noted.

He reported that their attorney in the matter said it was the prayers of many that gave them the wisdom to spell out clearly that “on March 11, 2006, our rights as American Indians were violated when they came in with their silly laws that destroyed what we have called sacred which we felt had violated our rights as American Indians,” he said.  “These laws and probably many more like them, do not just apply to non-status Indians, but to all who choose to live life as God the Creator created us to be – American Indians. Continue to pray for us as some time in the near future a decision will be made. If we lose, we will appeal the case again. I am sure if we win, the federal government will take us back to court and appeal. So the battle continues as we fight for the rights of not just our tribe but for all American Indian people.”

Robert says that the lawsuit is in response to laws that he feels clearly discriminate against us as Native People. “The three laws that we violated, according the agent, gave the government the right to come to our gathering and disrupt what we were doing,” he said. “I was told that because the pow wow was put on by non-status Indians, it ceased to be sacred, but became a public gathering giving officers of the Department of Interior the right to come in and harass our people. By status Indian, we mean one belonging to a tribe recognized by the federal government.

“I was told because we advertised our pow wow in the newspaper, it ceased to be sacred, but became a public gathering giving officers of the Department of Interior the right to come in and harass our people.

“I was told that because we had an exchange of money in the pow wow, it ceased to be sacred, but became a public gathering giving officers of the Department of Interior the right to come in and harass our people. The examples cited by the officer in our pow wow and the lawyers representing the Department of Interior were vendors selling their goods, raffles, cake walks, 50/50s and even when we honored a veteran during our Gourd Dance session. Can you imagine what would happen if these same laws were applied to any other religious organization in the United States?”

Read more about the case here.