Integrating the Gospel and Life 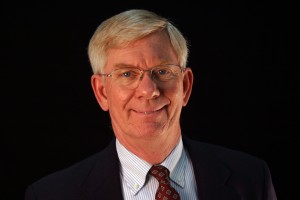 I heard Steven Haas of World Vision speak with good clarity and enthusiasm during missions’ week in the chapel of Grace College a couple of years ago. Haas engaged and challenged the students with the opportunities we have to be ‘firemen’ to help the victims of the fire of child labor, slavery, refugees, and civil war. I agree, but he went on to say much more.

Haas spoke of the kingdom of God as a right relationship with God, with one’s neighbor, and with nature. Jesus came, he said, to usher in the Kingdom, a ‘new society’ especially for the poor (Luke 4). This spread of the kingdom of God is the stewardship of the dominion principle of Gen. 1:28 so that God’s will “will be done on earth as it is in heaven”.

While an emphasis on good works to adorn biblical teachings would have been sufficient, his presentation clearly implied that a biblical approach to poverty needed to be replaced a new understanding that being poor is the equivalent of being lost; that helping the poor is a better than presenting the gospel; and that the kingdom of God is a better focus, goal and outcome than the church. I disagree.

Meanwhile, the Charis group of African, Asian, and Latin Grace Brethren leaders met at the Chateau de St. Albain in France and forged a Commitment to Common Mission. It was obviously much more connected to the spiritual and material needs of the lost than if it had come from North Americans. They called on the church “to assist those in need, to promote economic, family, and personal development, and to encourage the development of businesses with a missionary focus.”

Refusing to give it a hip name, these leaders simply called it what it is, ‘integrated ministries.’ We are to integrate the gospel and the lives of people. Paul called it good works, or adorning the gospel. In 2009 the Fellowship of Grace Brethren churches adopted the Commitment statement as our own.

Now we must focus our integrated ministries efforts both biblically and wisely.

The topic of social justice rages in the minds of young Christians and mission organizations that focus on good works, partly because we were slow in catching on to it. We have also lagged in the application of Christianity to social issues though we had medical works in Africa since the beginning in 1920. There is a great temptation among North Americans to jump in with what we ‘know’ will work.

Some people today want to talk about adorning the gospel using the more popular name of ‘social justice.’ If the social justice they are seeking is good works done in society by Christians in the name of Christ, then their confusion is understandable.

However, social justice is a very specific idea, developed by John Rawls of Harvard in the 1950s. It means relying on government institutions to assure economic justice in society. This is not criminal or civil justice, but assuring the people get a fair share of education, health care, food, and income. This comes through a benevolent government leveling the playing field and redistributing income in a way that seems most fair to most people.

It is right to be concerned about issues of oppression and abuse that are not specifically illegal, and it is right to seek to help people in need, especially if they are right in front of us as if we were on the road to Jericho with a certain Samaritan.

Unjust situations are most often found in nations that are led by corrupt governments. We are tempted to try to reform those governments where we find injustice, but it is much better to help people as we can. These people tend to be in least-reached nations where we focus our mission efforts.

Many people groups already help themselves as their expats send money home from jobs they have abroad. This help is called ‘remittances’ and the global amount has reached $300 billion. In the Philippines and Mexico remittances exceed $20 billion each. This money goes directly to people not to the government and not to helping agencies.

Here’s how we can help:

As Americans we love to jump in to do relief, we’re pretty good at restoring, but we do not often have the patience to help develop. Of course, we are tempted to add ‘Reform’ to usher in the new society. Since that is outside of the church, it is a political endeavor that is beyond the goals of the Commitment to Common Mission; it is, however, a central goal of social justice

We must keep this in mind as we focus on integrated ministries even if it seems to have escaped the mission speaker in chapel a few years ago.

Dr. John Teevan is executive director of the Weber School at Grace College and formerly led the prison extension program at the Winona Lake, Ind., school. He is a former Grace Brethren pastor who led congregations in Ashland, Ohio, and Winona Lake, Ind.

This article first appeared in the Winter 2013 issue of GraceConnect magazine. Click here to see the entire issue.