When Dustin Godshall became pastor of the Grace Brethren Church in York, Pa., he knew he’d miss the camaraderie of being part of a larger church. While on staff at Grace Church in Powell, Ohio (Rick Nuzum, lead pastor), he’d enjoyed the collaboration found among multiple staff pastors who served the congregation of more than 800. Now he was leading a congregation of about 100 people.

“I love preaching and that was the driving force behind the change,” he says of his decision to move to York. “But, I knew I needed to network and connect with other pastors in my area as I transitioned to the role of being a solo pastor.”

At his first meeting with the ministerium network of the Northern Atlantic Fellowship of Grace Brethren Churches, he reconnected with several college friends – all pastors at churches in eastern Pennsylvania, who, he discovered, were collaborating as they prepared their individual sermons.

So when he was invited to join them in January, he jumped at the opportunity.

“I was thrilled to find guys who think like me and are passionate about putting energy and creativity into messages,” he said. “It was also great to find guys with more experience than I have both as preachers and as pastors.”

He joined with the clergy at Grace Family Church in New Holland, Pa., and Gateway Grace Community Church in Parkesburg, Pa., who have been collaborating since 2012.

Tim Hodge, pastor at New Holland, was the first to explore the possibility of cooperating with churches that were geographically close to him. “It just made sense that our creativity would increase and our respective workloads would potentially ease if churches would share more with each other,” he noted. “Many churches have spent much time and effort developing ideas and resources, and from what I see, there is little reason not to share and much blessing when we do.”

He met Mike Silliman and Jon Damon for lunch. They were both on staff at Gateway Grace, just 17 miles to the south of Hodge’s church. “That lunch meeting started a dialogue that quickly shifted into practical partnering,” Hodge said.

Hodge joined the Gateway Grace staff in Parkesburg for their weekly meetings. “We were not sure exactly where this cooperative venture would lead,” he admitted, “whether it would morph into a formal multi-campus approach, a merger, or informal partnering.” But over the last three years, they have settled into an intentional informal partnership where the men work together, but each local church remains distinct. 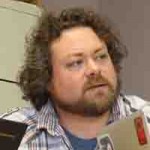 The group continues to meet at the Parkesburg church. Scott Feather joined when he was called as lead pastor at Gateway Grace after Silliman moved to Goshen, Ind. (to join Pastor Jim Brown in a staff position at Grace Community Church). Both Gateway and Grace Family Church have added staff: Cory Murphy and Brad Gromis, respectively, who participate in the conversations. Godshall joins in via a video call from nearly 50 miles away.

The group meets annually to develop a yearlong schedule of themes, and then works through the list at each weekly meeting. “We roughed out our preaching outline for the year, then started breaking each topic into four- to eight-week series,” said Godshall. Each week they look at the topics ahead and brainstorm illustrations, sermon texts, potential outlines, video support, and graphics. Then they each go back to their respective churches to prepare their own sermons.

“Do all the sermons sound the same?” noted Feather, who likened the practice to the Gospels: “telling the same story from different perspectives.”

“Preaching is not a ‘cookie cutter’ kind of thing. We each bring our own life experience to the sermon and are each working with different ‘soil’ in our congregations and communities,” he said.

While the themes might be the same from week-to-week, they also have the understanding that a church is free to go its own direction if a certain topic doesn’t meet the needs of the congregation. For example, earlier this year, Gateway spent three weeks on a “vision” series, while Family Grace went a different direction. But, Godshall said, “It is hard to go back to doing everything on your own when you get used to working with a team of guys.”

The partnership has been beneficial.

“I love working with other like-minded people who also value team,” said Hodge. “I have felt affirmed in my ministry efforts, encouraged during hard times, and have seen the fruit in the lives of people in different locations,” he added. “It has been a tremendous blessing for me and for the church that I serve.”

“Ministry is often done alone,” Feather noted. “I need these men in my life. They motivate me, encourage me, challenge me, refine my thinking, and speaking. They make me not only a better preacher, but a better man.” 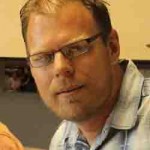 The leadership at the York church was the first to encourage Godshall to seek such relationships. “Our elders saw the importance of working together and benefiting from this team work,” he said. “Joining a team like this will help you think outside of the box and keeping you from falling into the rut of a typical Sunday morning schedule,” he added. “Being part of a family is a good thing.”

The men have found little that is negative about their partnership and encourage other pastors to consider such alliances.

“I believe that God is honored when we are willing to lay aside our personal pride and work together in partner- ship with others,” noted Hodge. “Partnership does not have to involve merging or even full leadership structure compliance. There is room for diversity and differences in ministry methodology and specifics.”

The group has found that the relationships have extended beyond the preaching team. They’ve been able to fill in for one another when one pastor needs to be out of the pulpit and have joined churches for other ministries, such as Fight Club, the men’s discipleship program.

In 2014, the New Holland church hosted the Gateway staff for a special Christmas meal, while the Gateway staff provided hors d’oeuvres and organized entertainment for the holiday party for the Grace Family Church staff.

“I think it was a wonderful success and reinforced the message that we are not ministering in isolation. We are working together, and helping each other out, as we seek to honor God and be more and more effective in minis- try,” noted Hodge. 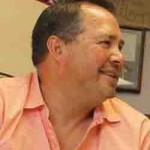 It’s a model that Hodge believes is biblical, believing that there is clear indication in Paul’s letters that the early churches in various regions knew of each other, cared for each other, and deliberately and intentionally cooperated together. “There was an awareness of the fact that believers were on mission together, and needing to work in partnership for the cause of the Gospel,” he stressed, noting that today’s trend toward churches and ministries working alone would likely have been considered by the early church as abnormal or unhealthy.

He also believes that taking steps to partner with Gateway has been one of the best things he has done in ministry. “Without this partnership, I doubt that the local church I serve would be as healthy and exciting as it is today,” he said. “I believe God has been greatly honored by our willingness to intentionally partner together.”

Interested in partnering with other pastors in your region? Click here for some tips from the group in Eastern Pennsylvania.

This article first appeared in the Summer 2015 issue of GraceConnect. If you’d like to receive the magazine, mailed directly to your home at no charge, click here.