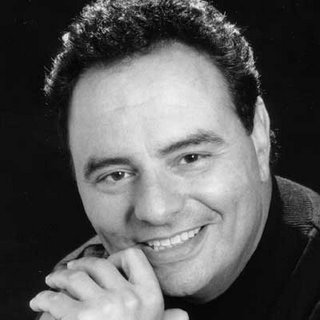 Grace College, Winona Lake, Indiana, has announced that the internationally-acclaimed American tenor Don Bernardini (pictured) will join the full-time Grace faculty this month as Director of Vocal Studies and Artist-in-Residence.

Recent highlights of Bernardini’s performing career include the singing of leading operatic roles in Switzerland, Germany, Spain, Italy, The Netherlands, Israel, Mexico, Sweden, and other countries.

His May 2003 performance as Gennaro in Donizetti’s Lucrezia Borgia performed and recorded at the Queen Elizabeth Hall in London with Nelli Miricioiu in the title role was a great success as was his Don Ottavio in Don Giovanni in Boston in the fall of 2003.

Current season appearances include Verdi’s Nabucco in Bern, Liszt’s La Messe Solennelle in Valencia Spain, Così fan Tutte in Nuremberg, Germany, as well as multiple concert performances throughout Europe. This season he made his debut with Atlanta Opera as Don Ottavio in Don Giovanni, will appear with the Duluth Symphony in a concert version of Carmen and will make his debut with Covent Garden Opera in London as cover in the title role of Mitridate.

He has been guest soloist with the Symphony Orchestras of Columbus, Denver, Fort Wayne, Indianapolis, Oregon and West Virginia; the Buffalo, Evansville, Oklahoma City and Rochester Philharmonics; the Opera Orchestra of New York and the Brevard Music Festival.

In making the announcement, Dr. Patrick Kavanaugh, chair of the Grace College music department, said, “He has produced many excellent recordings, speaks Italian, German, and French, and has earned a number of prestigious music awards, including the Pavarotti Competition and the McAllister Awards.

“Furthermore, Don is a very gifted teacher and conductor. For 25 years he has taught repertoire, diction, technique, and master classes at the Conservatory of Music in Fribourg, Switzerland, Indiana University, the Swiss Musical Academy in Bern, and most recently at the University of Oklahoma.

“He studied voice from the great Nicolai Gedda, and holds degrees from VMI, Lexington, Virginia (Bachelor of Music) and Indiana University, Bloomington (Master of Music).

“Finally, Don is a wonderful Christian man with a passion for singing to the glory of God. He loves his students and sees his teaching as a ministry, helping young people to hone their God-given talents for Christ.”