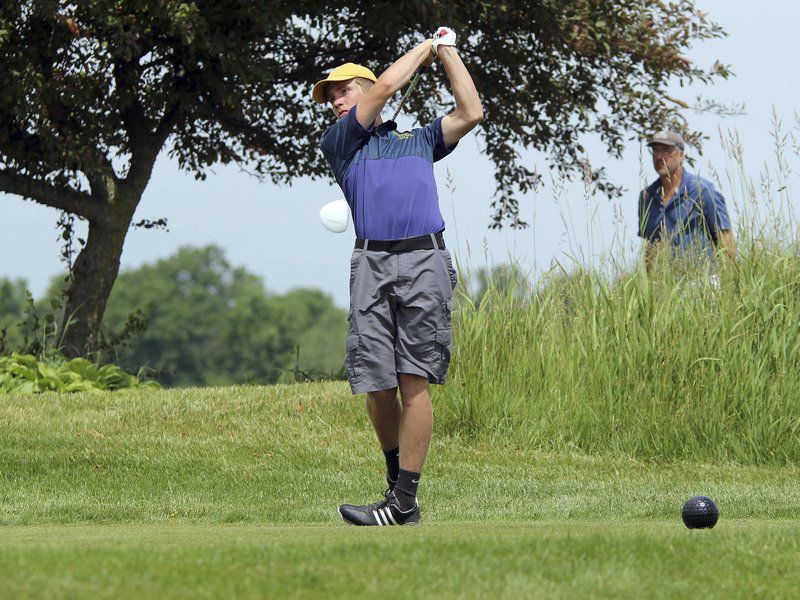 Isaiah Brown, son of Jim and Anne Brown (Jim is pastor at Grace Community Church, Goshen, Ind.) is featured in a story in Friday’s Goshen News, which reports on the golf regional held in Warsaw, Ind., on Thursday. A portion of the story appears below. Click here for the complete article (and more photos).

WINONA LAKE — Stonehenge Golf Club proved to be the final stop of the 2016 boys golf season for the local teams and individuals that earned their way to Thursday’s Warsaw regional. None of the Elkhart County area teams or individuals made the cut to the June 14-15 state finals in Carmel.

Fairfield junior Isaiah Brown navigated the hilly Stonehenge terrain to finish his round with a team-low 83. His driver and short irons were his best clubs on Thursday, he said.

“You get some awkward stances, you’ve got the ball above or below your feet,” Brown said. “There’s some tough shots you have. You’ve kind of got to curve the ball.

“It’s just a shot-maker’s course, I would say.”

Trenton Robinson was next in line for Fairfield with an 85, and Michael Shetler carded an 86. Wynton Edwards’ 92 and Anson Mullet’s 97 rounded out the Falcons’ scoring.

It wasn’t the day Fairfield was hoping for on the heels of its first ever sectional championship, but it was an accomplished season nonetheless, Brown said.

“It was a really great group of guys and we were all really good friends,” he said. “There’s not another group of guys I’d rather just hang out with every day, really.”

Click here for the complete article (and more photos).