It’s All in the Family for Grace Johnson

Today’s online news site, InkFreeNews, carries at story about the daughter of Grace College softball coach, Heather Johnson. Grace Johnson is in her freshman year of playing softball at Warsaw Community High School. Below is a portion of the story. Click here to read the complete article. 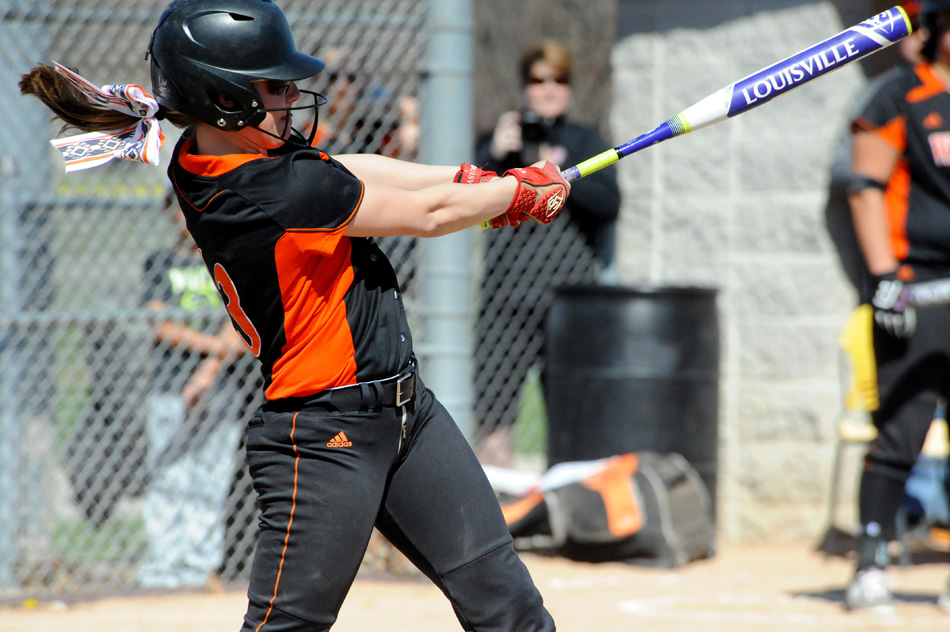 Warsaw Community High School freshman Grace Johnson has led the team in most categories this season, but will move to North Carolina following the season.

WARSAW – If you have watched any Warsaw softball at all this season, you can’t miss Grace Johnson. And, apparently, she won’t let you.

“Grace Johnson in the hooooouse!”

That’s how Johnson entered the ‘S’ building adjacent to the Warsaw softball diamonds for her 15 minutes of fame. She was a little late, but running on her own time, and it was just fine. For a freshman, it’s actually pretty refreshing. But digging deeper, there’s a little more to it.

“She has a lot of energy, I’ll say that much,” quipped Warsaw varsity softball coach Kevin Dishman in the hall, preferring to smile and let Johnson do her thing.

Johnson is playing her freshman softball season with a lot of pressure on herself. There isn’t a train of scouts coming to watch each day, or even the lure of giant crowds to show off for. But one person in the stands makes it enough, and one person who isn’t in the stands – literally – makes the Johnson story very interesting.

Heather Johnson loves to nitpick at Grace’s game. Knowing her daughter has all the physical and mental tools to play softball at a high level, Johnson’s high-level intellect often takes over. As the head coach for the Grace College softball program, which today is fighting for its life in the NCCAA Regional, Johnson knows the game. And so does her daughter. Mix in the knowledge that dad, Jay, has, and it can be tricky for a 14-year-old to survive. But while Heather has the opportunity to sit in the stands and offer tips, Jay can not.

Jay is currently an assistant softball coach with Elon University in North Carolina, and has been away from home for the past year. Jay, a former assistant to Heather at Grace, took the job as a chance to step up the softball ladder. Heather, who didn’t want to immediately jump ship at Grace, will be stepping down once Grace is eliminated from the national tournament. Heather is also taking daughter Grace and sons Taft and Mack as they will likely head to Greensboro to join Jay.