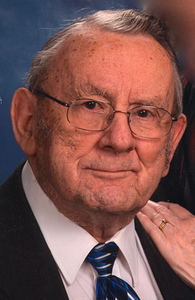 He was the pastor of Pleasant View Bible Church of Warsaw, Ind., from 1975-1992. After serving three churches, Professor Ivan French, taught for more than 20 years at Grace College and Theological Seminary in Winona Lake, Ind.  He was known for his warm heart and humorous stories (what he called “illustrative anecdotes”) he taught Bible, theology, and church history with both an academic knowledge and practical application. His teaching infused a heart and energy for Christ and the church in the seminary program.  During this time he continued to be active in pastoral ministry, campus leadership, global missions, and Bible conferences, encouraging and strengthening the men and women he had helped to train. He was the author of Principles and Practices of Prayer (BMH Books, 1997).

He was a member of IFCA (Independent Fundamental Churches of America), and was on the board of directors of Spanish World Ministries. Ivan also served in the U.S. Marine Corps during World War II and was honorably discharged in May 1946.

A graveside service will be conducted on Friday, December 20, 2013 at 10:00 a.m. at Oakwood Cemetery of Warsaw. Those wishing to attend… please meet at the funeral home by 9:50 a.m. to go in procession to the cemetery.