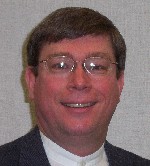 Maxson has been associate professor of English at Ivy Tech. His previous experience includes service on the pastoral staffs of Grace Brethren churches in Indiana and Pennsylvania. He has been full-time on the Ivy Tech faculty since 1993.

The Warsaw Ivy Tech campus serves over 1,000 students annually, many of whom are older than traditional college students and have greater demands on their time and financial resources. The median age of students is 26; two out of three are female, and nearly 90 percent attend on a part-time basis to accommodate work and family schedules.

In addition to his degree from Grace College, Maxson holds a master of education degree from Millersville University in Pennsylvania and is currently completing a doctorate in educational leadership at Indiana State University.

Randy and his wife, Lois, who is assistant to Ed Lewis at CE National, have three children and three grandchildren. Randy also teaches part-time at Grace College and serves as choir director at Winona Lake Grace Brethren Church.