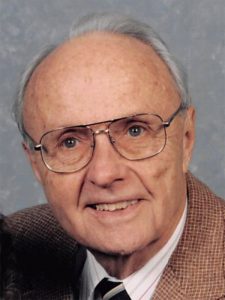 Jack served our country during WWII in the Navy aboard the battleship USS Idaho. They were in seven campaigns against the Japanese. It was while Jack was in the Navy that his good friend, Wayne Snell, led him to faith in Jesus on October 26, 1942. Jack was marvelously born again and the rest of his life was sharply impacted by a lifetime of ministry serving his Savior. God gifted Jack with a passion of sharing the Gospel of Jesus Christ with all who came across his path. Jack’s life verse is Psalm 40:2-3: “He lifted me out of the pit of despair, out of the mud and the mire. He set my feet on solid ground and steadied me as I walked along. He has given me a new song to sing, a hymn of praise to our God. Many will see what He has done and be amazed. They will put their trust in the Lord.”

The family will have a private Celebration of Life to honor this amazing servant of God. Arrangements in care of Hale-Sarver Family Funeral Home, West Milton.