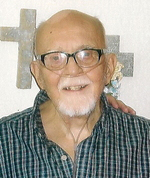 Word has been received of the death of John R. (Jack) Seitzinger, 87, who served on the pastoral staff of Grace Polaris Church, a Grace Brethren church in Columbus, Ohio (Mike Yoder, lead pastor). His obituary appears below.

We have not lost Jack Seitzinger, we know where he is. Our beloved husband, dad, grandpa, and friend is finally home with Jesus.

Jack was born on September 7, 1927, to Howard and Anna (Gaus) Seitzinger. He proudly served our country in the U.S. Army, spending time in Alaska, Germany, Korea, and Vietnam. After 21 years he retired as a major.

At the age of 48, Jack committed himself to Christ and his life was totally changed. He graduated from Otterbein University and Grace Seminary. He served as the principal of Worthington Christian Elementary School and later at Worthington Christian High School. He also was on the pastoral staff of Grace Polaris Church.

He retired to selflessly care for his first wife MaryLou until her death.

He and Dorothy (Kalb Hsu) Seitzinger were married in 2001 after a brief courtship of less than a month. (Jack always quipped, “At our age you don’t waste time.”) Jack was everything Dorothy prayed for: godly, intelligent, gentle, with a sense of humor. (“Three out of four aren’t bad,” he said.) They had 14 beautiful years together. Jack’s greatest desire was that people would come to know Jesus by believing He died for them, confessing their sin, and committing their life to Him.