An article in today’s Long Beach, Calif., Press-Telegram reports on an upcoming concert by the Cornerstone Japanese Gospel Choir at Grace Community Church, a Charis Fellowship congregation in Seal Beach, Calif. (Bob Wriedt, senior pastor). The article was written by Harry Saltgaver at the Grunion Gazette, who also attends the Seal Beach church. A portion of the article appears below. Click here to read the complete story. 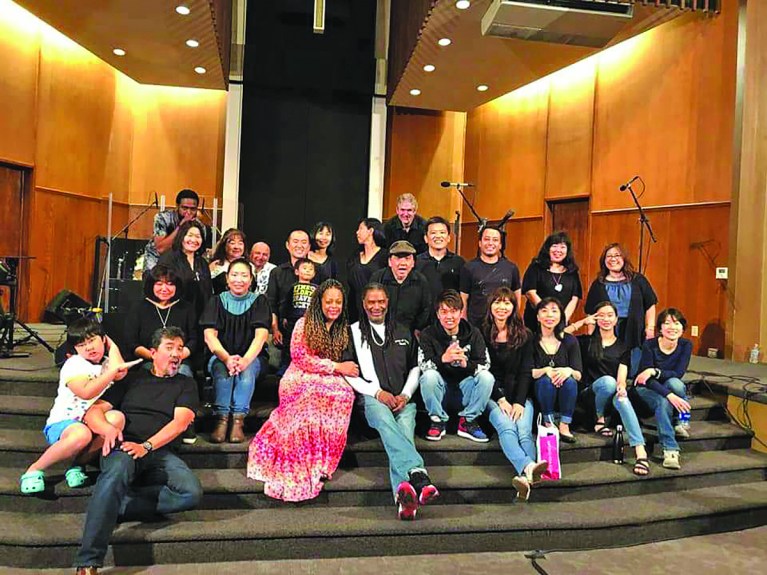 It isn’t certain how Japanese Gospel Choirs got started, although some point to the 1992 movie “Sister Act.”

But the phenomenon has stretched all across Japan in the last quarter century, with entire choirs belting out traditional African-American Gospel tunes despite not speaking English and for the most part, not being Christian. The concept has come back to this country, and through a series of connections has landed at Cal State Long Beach.

The result will be on display on the evening of Saturday, Nov.  9, with a concert at Grace Community Church in Seal Beach. The Cornerstone Japanese Gospel Choir, made up primarily of Cal State Long Beach students, will perform.

That choir is directed by Ray Sidney, a Watts elementary school principal and House of Blues gospel singer. He was brought into the Japanese Gospel Choir scene by Cecil O’Dell, who spent 17 years in Japan before returning to Long Beach, where he worked with Japanese students. O’Dell was asked by his peers in Japan to coordinate a Japanese Gospel Choir tour in the Los Angeles area, he reached out to Sidney for the Watts concert and the rest, as they say, is history.