Jerry Michael Is With the Lord 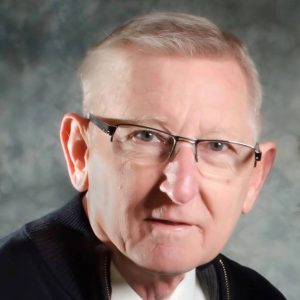 Word has been received of the death this morning of Jerry Michael, a member of the Grace Brethren Church, Martinsburg, W.Va. (Matt Plott, pastor), who had also served many years on the board of the Grace Brethren Investment Foundation. Continue to pray for his wife, Linda, and their family during this time. An obituary and funeral information will be posted here when it becomes available.

Jerry W. Michael, 75 of Martinsburg, went to be with the Lord on January 10, 2019. Born April 11, 1943 in Martinsburg, he was the son of the late Lewis B. and Viola Mae Michael. He was a 1962 graduate of Hedgesville High School and attended University of Missouri at Kansas City. He married the love of his life, Linda Yohn Michael, on June 2, 1979. Jerry retired from the IRS after 39 years as Chief of Information Returns and became co-owner of IRS Compliance Inc. He was a loan officer at Mountain Heritage FCU. He was a board member, choir director, youth leader, and deacon of Rosemont Grace Brethren Church and board member of Grace Brethren Investment Foundation and the former Grace Brethren North American Missions. Jerry was a former president of the Parent Teacher Fellowship at Faith Christian Academy and was involved with United Way and the Boys and Girl Club. Jerry enjoyed walking, tennis, and traveling. He will be sadly missed by his wife of almost 40 years, Linda Yohn Michael; two children: Keith A. Michael and his wife, Jessica, and Kristen (Michael) Jagodowski; four grandchildren: Morgan, Reed, and Cordell Michael, and Taylor Jagodowski; sister, Mary (Michael) Blair; brother, Lewis Michael, Jr.; and twin brother, Gary Michael. Friends will be received on Sunday, January 13, 2019 from 4-7 p.m. at Rosedale Funeral Home. Funeral services will be held on Monday, January 14, 2019 at 11 a.m. at Rosemont Grace Brethren Church with visitation beginning at 10 a.m. Private interment will be in Rosedale Cemetery. Memorial contributions can be made to Cystic Fibrosis Foundation, Eagle Commission, or Rosemont Grace Brethren Church.