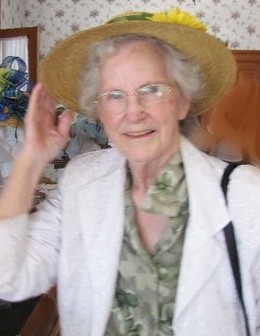 Joene Ladeen Cover, 88, entered the presence of the Lord at 9:17 a.m. on Sunday, September 13, 2020. She passed away at Grace Village Retirement Community in Winona Lake, Ind.

Joene spent her life spreading the word of her Lord in everything she did. She and her husband, Bob, spent 10 years as missionaries in Argentina from 1960 -1970. Joene taught Spanish, as well as English as a Second Language in various schools in California and Indiana. After a number of years in California they moved to Warsaw, Ind., where she eventually taught Spanish at Grace College in Winona Lake, Ind. She always felt the calling to serve and enjoyed mentoring younger women and taught Sunday school for many years as a longtime member of Conservative Grace Brethren Church in Warsaw.  Joene was always good with her hands and was great with detail work. She loved homemaking, growing flowers, especially roses, reading, singing, any kind of sewing, especially quilting, knitting, and crossword and jigsaw puzzles. She was a loving wife, mother, grandmother, and friend to many. Family was very important to Joene, but she would most want to be remembered for her steadfast faith in her Savior, Jesus Christ.

Visitation will be held from 11:00 – 1:00 p.m. on Wednesday, September 16, 2020, at Redpath-Fruth Funeral Home, 225 Argonne Road, Warsaw, Ind. Joene’s life will be celebrated with a service immediately following visitation at 1:00 p.m. and officiated by Chaplain Bryan Benjamin. Burial will follow with a graveside service at Oakwood Cemetery of Warsaw, Ind.