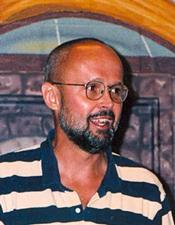 John was a lifetime resident of Kosciusko County, Indiana where he graduated from Warsaw High School, Warsaw, Indiana. He then attended Moody Bible Institute, Indiana University, and Grace College. He worked for Miller & Son’s, Warsaw Masonry Supply, Tom Farms, and he later drove the bus for Warsaw Community School Corporation. For the past 17 years he has worked as the Chaplain for the Kosciusko County Jail. He was a member of the Warsaw/Winona Lake Gideon Camp, named Warsaw Man of the Year in 2008, and he was a member of Community Grace Brethren Church of Warsaw.

A memorial service will be held on Saturday, November 17, 2012 at 3:00 p.m. at Community Grace Brethren Church, 909 South Buffalo Street, Warsaw, Indiana and officiated by Pastor Jeff Pfeifer and assisted by Jim Small. There will be time for visitation with the family prior to the service from 1:00 – 3:00 p.m. on Saturday, November 17, 2012. Redpath-Fruth Funeral Home, 225 Argonne Road, Warsaw, Indiana was entrusted with the arrangements.

Memorial donations may be directed to the Johanna Boren Educational Fund, c/o Farmer’s State Bank, 2102 E. Center Street, Warsaw, Indiana 46580 and would be appreciated by her family.