Word has been received of the death of former Grace Brethren pastor, John Hartman, who led congregations in Winona, Minn., and Cleveland, Ohio. He died February 22, 2016, at the age of 87. His obituary appears below. 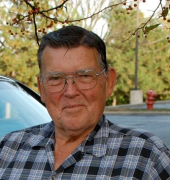 Rev. John Hartman was born on January 23, 1929, at home, to Elmer Y. and Alice R. (Hartzler) Hartman in Elkhart, Ind. He married his lifelong sweetheart, Fern M. Myers, in Elkhart, Ind. on September 27, 1947, where they raised two children together.

John was a proud United States Army Korean War Veteran and followed his calling by touching many lives through JesusChrist as he became an ordained minister in 1974. His first church was Zion Gospel Chapel, in Kewana, Ind., while he was still in Seminary at Grace College in Winona Lake, Ind. He then spent several years at the Grace Brethren Church in Winona, Minn., followed by the Grace Brethren Church in Lyndhurst, Ohio, and continued on to Grace Baptist Church in Warrensville Heights, Ohio. While living in the Cleveland, Ohio area, John also served as chaplain for several hospitals. After retiring, he enjoyed traveling with his wife for 20 years as he served as campground chaplain between Lazy Acres Campground in Zolfo Springs, Fla., during the winter months, and PJ’s Campground in Stockbridge, Mich., during the summer. John was also a member of the Plymouth VFW, Post 1162, where he served as chaplain for several years.

Preceding John in death were his parents, Elmer and Alice Hartman, and a sister, Lucinda Hartman McGrath.

A visitation celebrating John’s life was held on March 19, 2016, followed by a Memorial and Military Honors ceremony at the Plymouth Missionary Church, Plymouth, Ind.