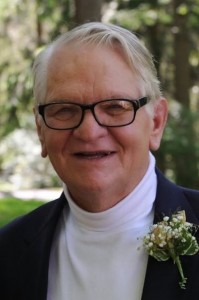 Word had been received of the death of former Grace Brethren pastor, John Sholly. His obituary appears below. Click here to read a beautiful tribute by Kimberly Hoyt, whom he led to the Lord nearly 40 years ago and is now a pastor’s wife.

John graduated from Western Michigan University in Kalamazoo, Mich., with a Bachelors Degree in Industrial Arts and Engineering in 1964 and Grace Theological Seminary in Winona Lake, Ind., with a Masters in Divinity in 1972. John was a 1983 winner of the Carnegie Hero Award for diving into the Des Moines River to rescue a 75 year-old drowning man. He pastored churches in Indiana, Kentucky, Iowa and Michigan. In his 74 years he was a high school industrial arts teacher, volunteer fireman, boys home house parent and the owner of a computer business.

Funeral services for John Sholly will be Wednesday, April 15, 2015, at 2:00 p.m., at the Calvary Baptist Church in Quincy, Mich., with Pastor Frank Snyder officiating. Interment will take place at Oakwood Cemetery in Warsaw, Ind., on Thursday at 2:00 p.m.. The family will receive friends for visitation Tuesday from 4-7 p.m., at the Eagle Funeral Home in Jonesville.